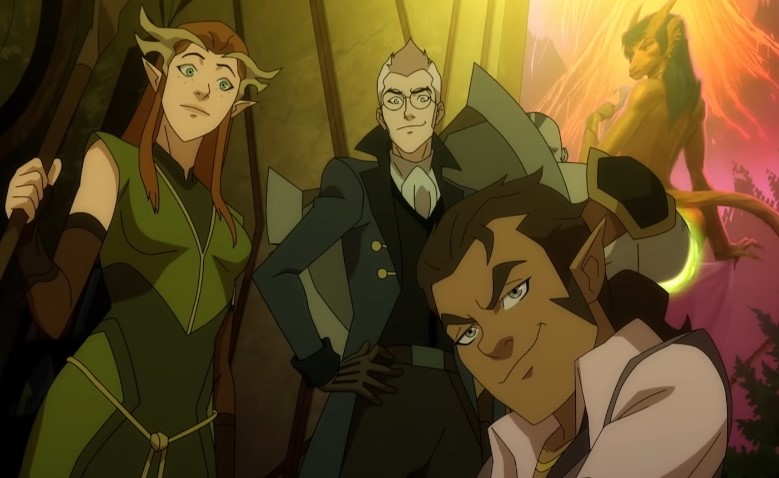 After a successful Kickstarter campaign, Critical Role’s spinoff adaptation, The Legend of Vox Machina is finally coming out on Amazon Prime Video later this month. We have our first teaser, and it promises all the blood and gore of Invincible, but in a medieval, fantasy setting.

Just in case you didn’t know, Vox Machina is based on a D&D campaign from Critical Role. If you’re not familiar with CR, the show is a weekly gathering of voice actors who get together and play Dungeons & Dragons; and the show is hosted by Dungeon Master Matthew Mercer.

For The Legend of Vox Machina, the voice actors from CR were actually brought back to reprise their characters from the campaign. Even Mercer the DM gets his own character in the series.

With Harmonquest being a show that animated a recorded D&D session, Vox kind of removes the meta element and tries to extract a pure fantasy story out of a campaign. I don’t expect there to be any jokes about rolling dice or getting critical hits, but it wouldn’t be a surprise if the series had a small wink and nod here and there. If anything, there will probably be a lot of Easter Eggs for Critical Role fans.

They’re rowdy, they’re ragtag, they’re misfits turned mercenaries for hire. Vox Machina is more interested in easy money and cheap ale than actually protecting the realm. But when the kingdom is threatened by evil, this boisterous crew realizes that they are the only ones capable of restoring justice. What began as a simple payday is now the origin story behind Exandria’s newest heroes.

The Legend of Vox Machina premieres on Amazon Prime Video on Jan. 28.