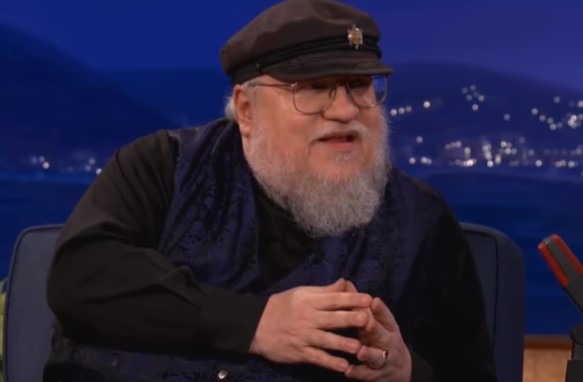 Fans would agree that George RR Martin, the author of acclaimed series, Song of Ice and Fire – the novels from which HBO’s Game of Thrones is based from, has taken his time writing the Winds of Winter. Not only has it been seven years since the previous novel, A Dance with Dragons, was released, but Game of Thrones has already overtaken the plot of the books.

Martin was never known to be a fast and concise writer. Most of his novels are more than 500 pages long. In fact, it took him six years to accomplish A Dance of Dragons. With that said, followers of the franchise are demanding answers. Thankfully, Martin has finally obliged.

In a recent interview with The Guardian, Martin explained that the last few years he has been trying to write Winds of Winter has not been easy. He is tasked to tell an enormous story with several protagonists living in a completely made up world. It is difficult to weave every story seamlessly without the book being 2000 pages long:

“I’ve been struggling with it for a few years. The Winds of Winter is not so much a novel as a dozen novels, each with a different protagonist, each having a different cast of supporting players and antagonists and allies and lovers around them, and all of these weaving together in an extremely complex fashion. So it’s very, very challenging. Fire and Blood by contrast was very simple. Not that it’s easy, it still took me years to put together, but it is easier.”

Likewise, he explained that the novels being adapted into a television series has made it more challenging for him to write. Unlike his other works, he has grown more conscious about writing for A Song of Ice and Fire series because more eyes are darted at him.

“The show has achieved such popularity around the world, the books have been so popular and so well reviewed, that every time I sit down I’m very conscious I have to do something great, and trying to do something great is a considerable weight to bear. On the other hand, once I really get rolling, I get into the world, and that happened recently with Fire and Blood. I was going to sleep thinking of Aegon and Jaehaerys and waking up thinking of them and I couldn’t wait to get the typewriter. The rest of the world vanishes, and I don’t care what I’m having for dinner or what movies are on or what my email says, who’s mad at me this week because The Winds of Winter isn’t out, all that is gone and I’m just living in the world I’m writing about. But it’s sometimes hard to get to that almost trance state.”

Nevertheless, there is no doubt that weaving fantasy worlds is something the author still enjoys. The schedules might be crazy, the demand and pressure might be overwhelming – but it is still fun:

“It’s all fun, but there are days when I feel a little dizzy. It’s a good problem to have.”

As of date, no exact date for the release of The Winds of Winter has been announced.