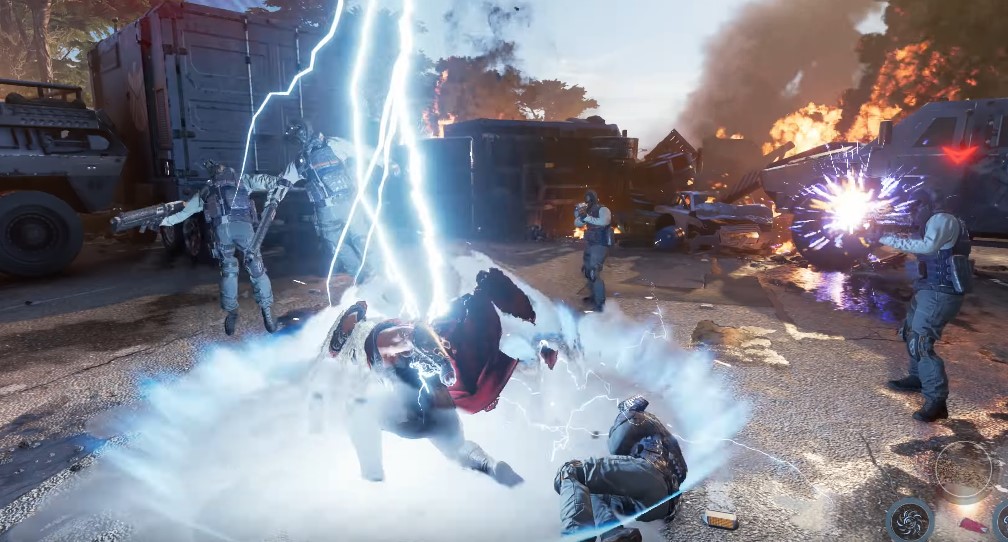 Back in E3, Square Enix gave us a look at their upcoming Avengers game, and I think it’s fair to say that reactions from audiences were a bit divisive. What’s interesting is that we finally have gameplay footage revealed online, and it’s possible that it could win over some doubters from when the game was first revealed.

Lightning strikes, repulsor blasts, ground pounds, shield throws, and spy tech make  our heroes quite the team in Marvel’s Avengers. In this tutorial level, the Avengers must defend San Francisco after a mysterious attack threatens the safety of the city.

Based on the footage, it looks like players will be able to take control of the five main Avengers in the game (sorry, Hawkeye). What’s interesting is, though the game has Captain America killed off very early on, he’s still a playable character. No doubt that could play into the story of the game, but maybe they’ll just have him unlocked if players are able to finish the whole thing.

I have to say, though I wasn’t onboard at the beginning based on the character designs, they all kind of grow on you when you watch the gameplay. I love how Thor moves with the hammer, and Hulk and Iron Man look amazing in action. I also thought Captain America looked kind of bulky at first, but now I’m onboard with this “riot police” appearance. I guess Widow is the one left least impressive, but I can imagine the devs tried their hardest to make her fun to play.

Marvel’s Avengers becomes available to play on May 15, 2020.