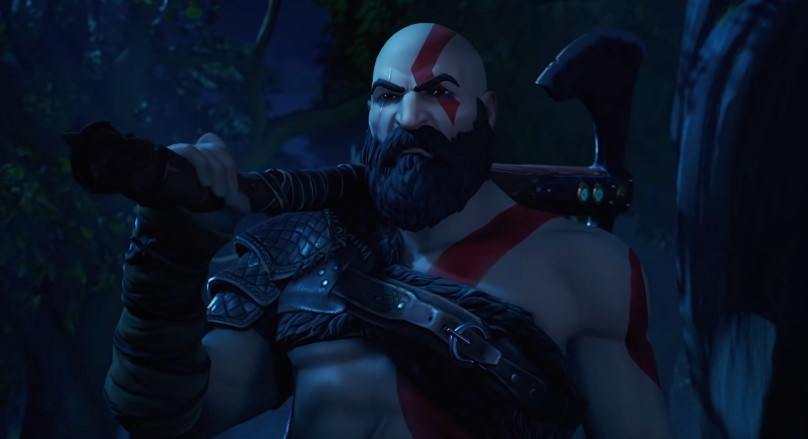 Epic Games has proven that Fortnite can be an avenue for a blending of all pop culture elements, and after the arrival of characters from DC, Star Wars, and Marvel, they’re bringing in a mascot from the PlayStation exclusive titles, this time Kratos from God of War.

Take a look at God of War’s Kratos in Fortnite:

Drop in to the new season of Fortnite between now through December 10 and grab The Kratos Outfit with the Mimir Back Bling, the Leviathan Axe Pickaxe with built-in Freezing Burst Emote, and the Guardian Shield Glider.

Though God of War is a PlayStation exclusive, it looks like this Kratos skin will also be available for other platforms, so anyone who plays Xbox or PC will have a chance to play as Kratos this way.  What is exclusive though, is the armored Kratos, and players will be able to unlock him by completing a match on the PS5.

There is actually a full Oathbreaker set for Kratos that’s more than just the skin. You’ll also get access to the Guardian Shield Glider, the Leviathan Axe, and the Mimir Back Bling. I don’t know if it talks as well, but that would be a neat feature.

For more information, you can visit the official site here.

Here’s the synopsis for Fortnite:

One day, 98% of Earth’s human population suddenly disappeared, and the remaining humans found the skies covered in dense clouds, creating chaotic storms that dropped husks: humanoid zombie-like creatures that attacked the living. The survivors found ways to construct “storm shields”, a field that cleared the storm clouds from immediately overhead and reduced the attacks from husks, and used these to set up survivor bases across the globe. The player is a commander of one of these bases, charged with going out of the storm shield to find resources, survivors, and other allies to help expand their storm shield and find a way to return Earth to its normal state.

The Kratos skin will be available until Dec. 10, so you better act fast. Fortnite is now playable for PS4, Xbox One, Nintendo Switch, Android, iOS, and PC.