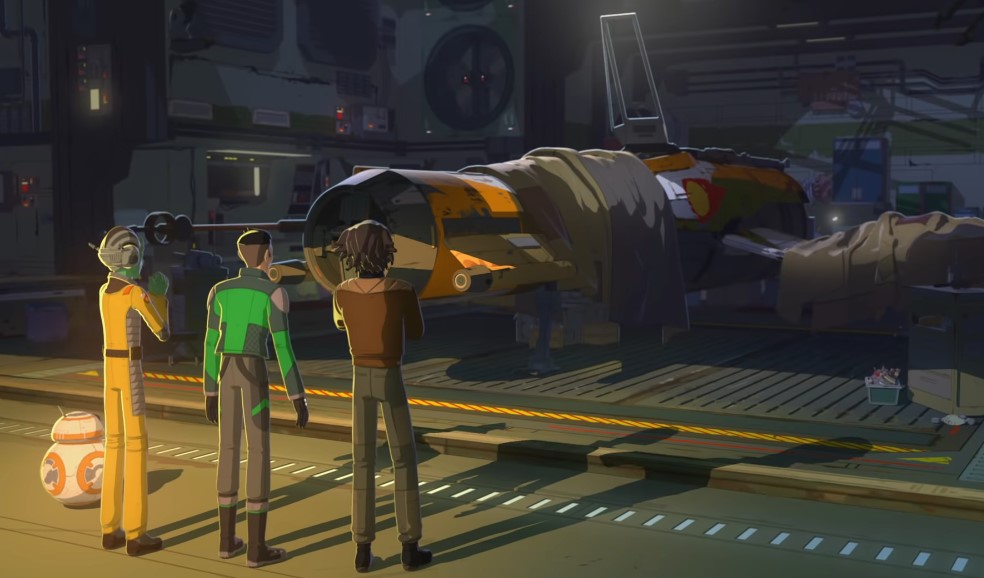 With Star Wars Rebels just ending, Lucasfilm sure didn’t take any breaks when it came to making more shows. We know that a Clone Wars revival is in the works, but now we have our first trailer for  the new Star Wars series, Star Wars Resistance.

Admittedly, reactions for the first trailer have been less than stellar. There’s about 32k dislikes versus 7.9k likes on Youtube. Then again, this is the Star Wars fandom we’re talking about, and any deviation from something familiar is immediately met with retaliation.

The show is said to be set six months before The Force Awakens, and what’s cool is, we’re going to be getting special guest appearances from the movie actors themselves. Oscar Isaac reprises the voice of Poe Dameron, and you also have Gwendoline Christie doing the voice for Captain Phasma. There’s even a rumor going around that Adam Driver is going to cameo as Kylo Ren.

When I read that the show was going to be anime-inspired, my immediate hope was that it was going to be the same animation style as Voltron or The Legend of Korra, and I was ultimately disappointed that they decided to go with the style that they did. Then again, the true target market for this show is the kids, so I think some newcomers will grow to love it.

Besides, a lot of people didn’t like Star Wars Rebels at first either, but that show ended up being one of the most beloved by the fandom by the time it ended.

Hopefully the same can be said for Resistance.