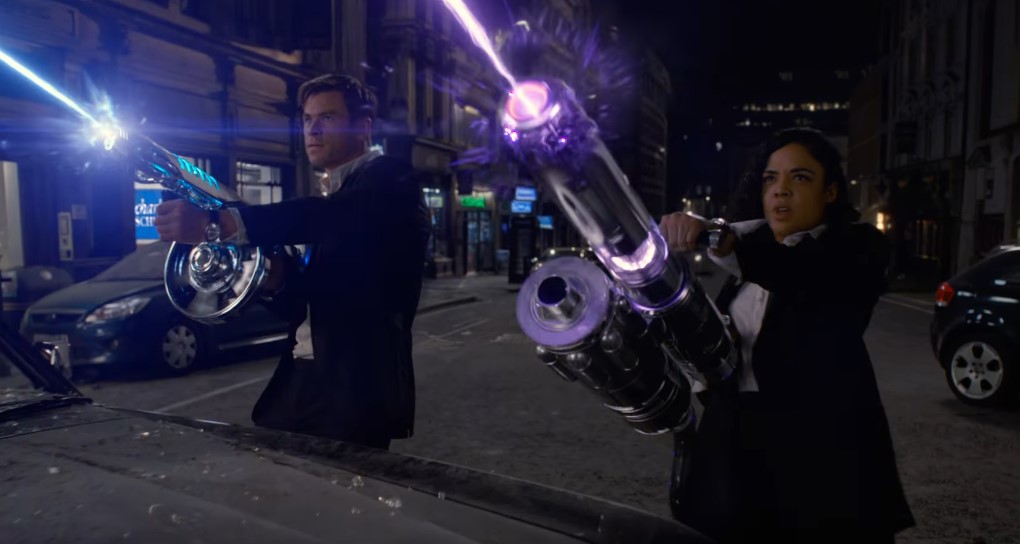 The Men in Black have always protected the Earth from the scum of the universe. In this new adventure, they tackle their biggest, most global threat to date: a mole in the Men in Black organization.

You’ll recognize both Thor: Ragnarok stars Tessa Thompson and Chris Hemsworth as Agents M and H, plus Emma Thompson returning as Agent O. We also have Liam Neeson playing the lead of the Men in Black’s London branch and we also have Kumail Nanjiani voicing a tiny alien called Pawny.

Though I’m sure some fans are wondering where Agents J and K are, I’m sure that they exist in this same world—such is the case with these reboot/sequel films. I’m not expecting Will Smith and Tommy Lee Jones to make an appearance, but it would be cool if they got a special mention or maybe some nod to the past films.

Men in Black International is directed by F. Gary Gray (Fate of the Furious) and is slated for a release on June 14, 2019.