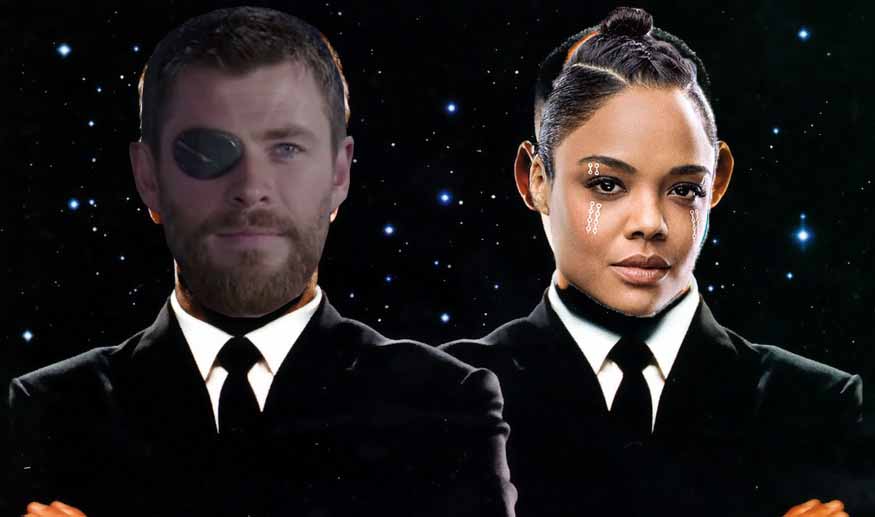 Like many other franchises before it Men in Black is set to have its own sequel reboot, and it will star Thor: Ragnarok leads Chris Hemsworth and Tessa Thompson. We don’t have an official title or synopsis for the movie yet, but we do have some set photos of Hemsworth as Agent H.

Check out these photos from JustJared (via Discussing Film):

The first set photos from the upcoming ‘MEN IN BLACK’ Reboot have been released with the photos featuring Chris Hemsworth’s Agent H. (Source: @JustJared) pic.twitter.com/oZOw6qW8Kx

The rumor is that the story will be focused on the UK branch of the Men in Black, and will follow the story of rookie Em (Thompson) as she gets paired up with Agent H. H and Em are said to be trying to solve a murder mystery and it will take them around the globe.

Liam Neeson has also joined the cast for the movie, and everyone guesses that he will be playing the boss role of the UK MIB. Kumail Nanjiani has also been cast in the role of an alien named Pawny. Rafe Spall is also in the cast list, and it’s probably a good guess to say he’ll be the villain. Not to brag, but I saw it coming from a mile away in Jurassic World: Fallen Kingdom.