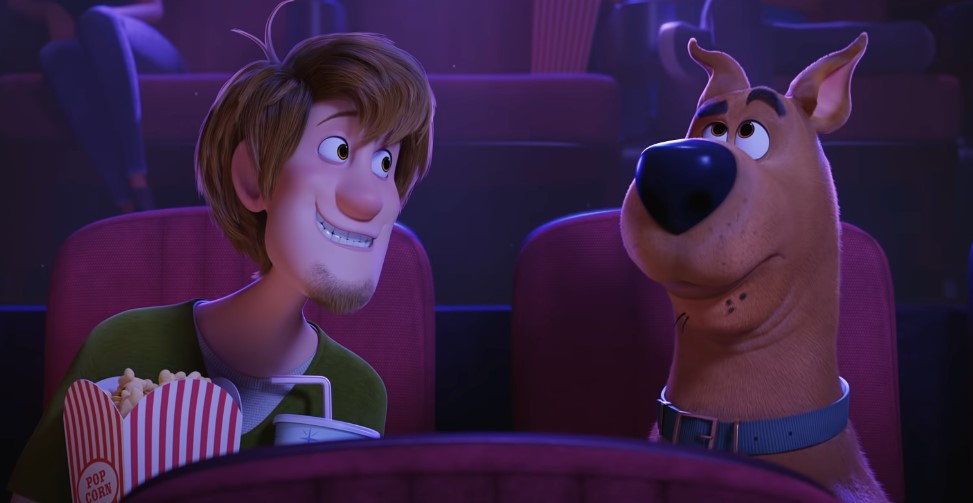 While we got our first images for the film last week, we now have out first teaser for the Scooby-Doo reboot Scoob!. Check out the updated looks for Scooby, Shaggy, and the rest of the gang.

The first full-length animated Scooby-Doo adventure for the big screen is the never-before-told stories of Scooby-Doo’s origins and the greatest mystery in the career of Mystery Inc.

“SCOOB!” reveals how lifelong friends Scooby and Shaggy first met and how they joined with young detectives Fred, Velma, and Daphne to form the famous Mystery Inc. Now, with hundreds of cases solved and adventures shared, Scooby and the gang face their biggest, most challenging mystery ever: a plot to unleash the ghost dog Cerberus upon the world.  As they race to stop this global “dogpocalypse,” the gang discovers that Scooby has a secret legacy and an epic destiny greater than anyone imagined.

I have to say, they did a really great job in translating the original 2D design into 3D, and though I’m not that big of a fan of Fred, I think that they made Daphne and Velma look adorable; I mean, I’d prefer a dorkier look for Velma, but I’ll take what I can get.

Also I kind of wish they got Matthew Lillard to voice Shaggy since he’s been doing it for all the other Scooby-Doo TV shows. I know the film would want someone famous like Will Forte for the part, but I don’t think he got Shaggy’s voice like Lillard did. Is it too late to ask the internet to pressure WB into hiring Lillard last minute? I mean, if they can redesign Sonic, then maybe they can do justice to Shaggy.

What’s interesting is the official description has also revealed several other Hanna-Barbera characters appearing in the film. Though we didn’t get to see them, the movie will also include Dick Dastardly (Jason Isaacs), Dynomutt (Ken Jeong), Blue Falcon (Mark Wahlberg), Captain Caveman (Tracy Morgan), and Dee Dee (Kiersey Clemons).