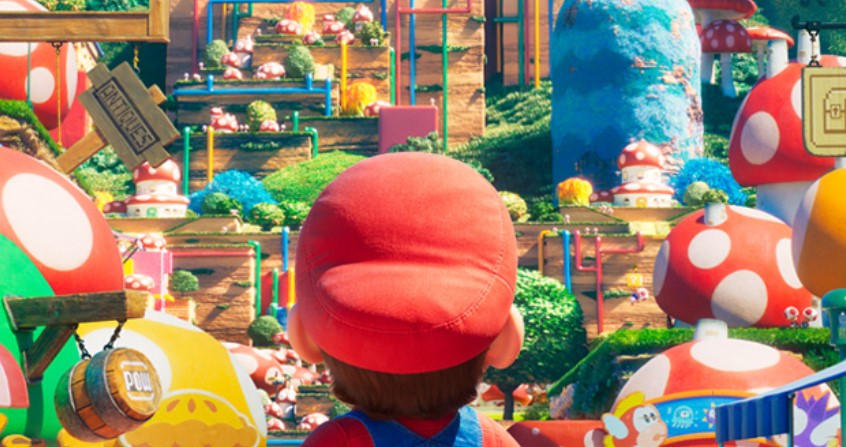 Illumination Entertainment may be best known for their work on the Minion films, but the studio has teamed up with Nintendo to give us a Super Mario movie starring Chris Pratt, Anya Taylor-Joy, and more.

A new trailer for the Super Mario Movie is set to drop this Thursday, and we have a first poster reveal teasing Mario and the colourful world of the Mushroom Kingdom. Check this out:

Just from the creases on Mario’s outfit, it’s like you can already tell that the visuals are going to be upped for this movie. I mean, sure the Nintendo Games have always been filled with cutscenes, but this is probably the most detailed we’re going to see Mario depicted out of all Nintendo’s properties.

With Thursday’s preview just being a teaser trailer, I do hope that the film gives us a look and listen at all the key players in the film. Though Mario and friends are already pretty recognizable, the movie would do well to show off its star-studded cast which also includes Charlie Day, Keegan-Michael Key, Seth Rogen, and Jack Black.

Admittedly, a lot of fans have started to make fun of Chris Pratt for being cast in everything from The LEGO Movie to the upcoming Garfield flick, but I’m sure he’s going to do fine as Mario (to be honest, I’m more excited to find out how Charlie Day is going to pull off Luigi).

A plumber named Mario travels through an underground labyrinth with his brother, Luigi, trying to save a captured princess. Feature film adaptation of the popular video game.

The Super Mario Movie comes to theaters on April 7.