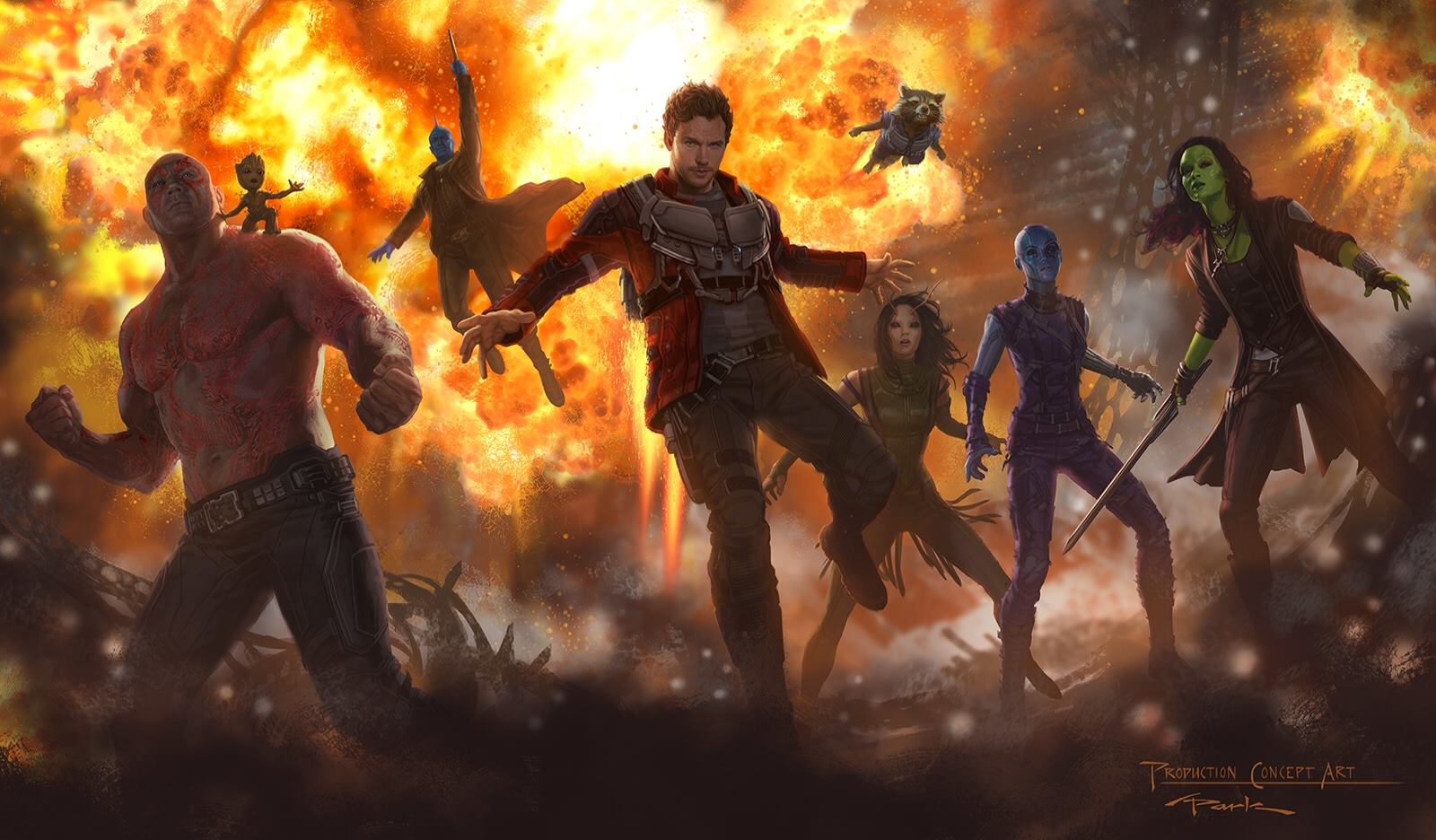 Ahead of San Diego Comic-Con next weekend, a piece of concept art has been revealed for Guardians of the Galaxy Vol. 2. This image (via Entertainment Weekly) gives us our first look at returning faces but also a new one as well. We can see Drax, an incredibly cute baby Groot, Yondu, Star-Lord, Rocket, Nebula, and Gamora, but also a brand new character named Mantis.

Mantis is played by actress Pom Klementieff and is somebody who has “never really experienced social interaction,” according to Guardians 2 executive producer Jonathan Schwartz:

“Everything she learns about dealing with people, she learns from the Guardians of the Galaxy, which is a very weird group to learn your social intricacies from.”

Mantis (who is below Rocket in the image) is not the only new character set to appear in Guardians of the Galaxy Vol. 2, according to Schwartz. A familiar face who will certainly seem like a new character is Groot, who will be very different than the three worded tree of the first film. He is said to be younger and more brash, which may give Vin Diesel a bit more to do this time around.

The director on Guardians of the Galaxy Vol. 2, James Gunn, took to his Facebook account to share this new piece of concept art, alongside a tease for future announcements:

“Well here you go, my friends. First bit of new concept art featuring the Guardians of the Galaxy, Vol. 2, first revealed by our friends at Entertainment Weekly. Drax, baby Groot, Yondu, Star-Lord, Mantis, Rocket, Nebula, and Gamora. Art by my wonderful pal Andy Park – this image led us a lot as we were developing the film. I can’t wait to show you guys more of what we have in store for you… stay tuned for San Diego Comicon announcements next week!”

It was revealed last week that Guardians of the Galaxy Vol .2 would make an appearance at San Diego Comic-Con, with Marvel Studios set to return to the convention with their famous Hall H presentation. As to what Guardians 2 announcements will be made at the show, one can only hope it is a teaser trailer of some kind.