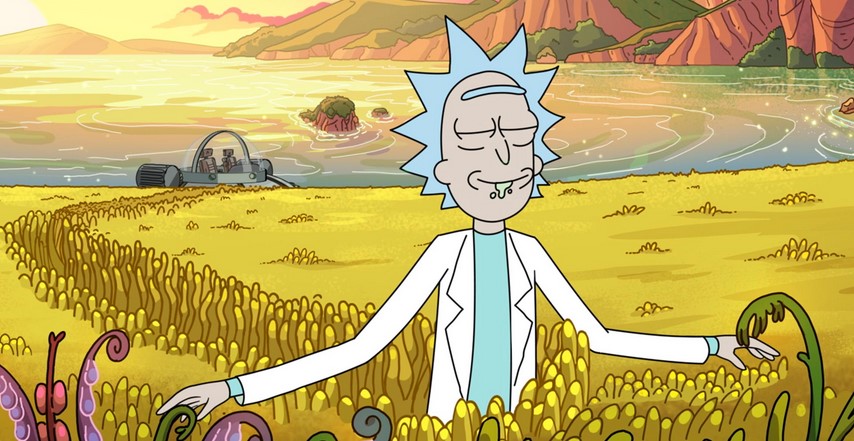 November is looking to have a lot of great launches, from Star Wars Jedi: Fallen Order to Disney+; but one show that’s been highly anticipated is the fourth season of Rick and Morty. Adult Swim is set to hold a panel at SDCC 2019 this weekend, and we have some new stills from the upcoming season thanks to Entertainment Weekly:

Seeing that Rick and Morty loves parodies, the image of Rick walking through a tranquil alien beach kind of harkens back to Gladiator.

There’s also this scene with a bunch of crocodile people. It kind of looks like they’re the same as Crocubot from the Vindicator episode, but it’s very likely their a whole different race of aliens.

One character who is missing from the shots is Morty, but I don’t think that’s worth reading into. If anything, they just had to pick shots that would give us a good sampler for the upcoming season. It’s likely we’ll get the full trailer this coming weekend during the Rick and Morty panel at SDCC 2019.

After more than a year of waiting, Rick and Morty fans are happy that the show is finally coming back. The good news is, Adult Swim has greenlit the show for 70 more episodes, and since I don’t expect the showrunners to blow that all off on one season, it should mean that we shouldn’t get more delays when it future seasons.