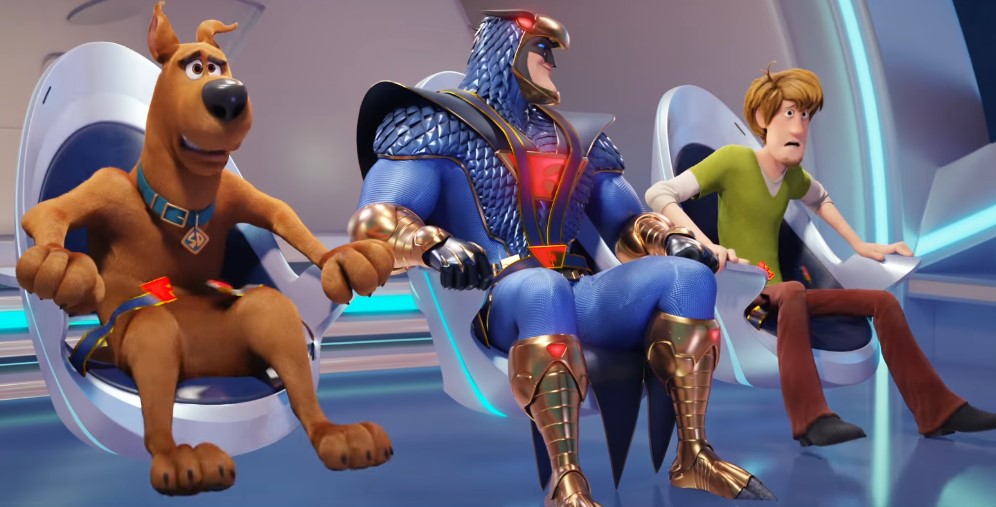 It’s been a while since we’ve seen Scooby-Doo in the big screen, and WB has decided to reboot him in animated form with the movie, Scoob!. What’s great is, we have a final trailer for the film, and it gives us a look at other Hanna-Barbera characters outside of the Scooby-Doo show.

I really love how they redesigned the characters for the show; Blue Falcon kind of looks like a mix between Captain America and Batman, and Dynomutt looks a lot less wacky and more like a cool, robo-dog. Admittedly Dyno’s original design was a lot closer to the look of Scooby, so it’s likely that they decided to redesign him to give him a more distinct look from the film’s Scooby-Doo.

The first full-length animated Scooby-Doo adventure for the big screen is the never-before-told stories of Scooby-Doo’s origins and the greatest mystery in the career of Mystery Inc.

“SCOOB!” reveals how lifelong friends Scooby and Shaggy first met and how they joined with young detectives Fred, Velma, and Daphne to form the famous Mystery Inc. Now, with hundreds of cases solved and adventures shared, Scooby and the gang face their biggest, most challenging mystery ever: a plot to unleash the ghost dog Cerberus upon the world.  As they race to stop this global “dogpocalypse,” the gang discovers that Scooby has a secret legacy and an epic destiny greater than anyone imagined.

Catch Scoob! when it hits theaters May 15.