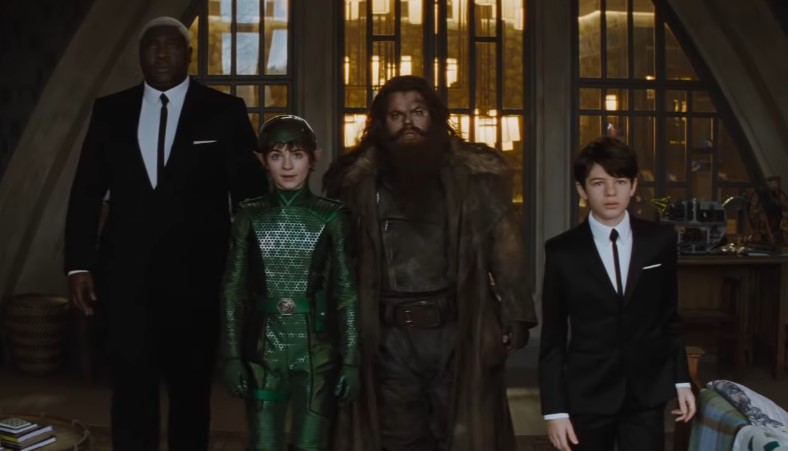 We’ve been getting buzz on an Artemis Fowl movie for a while, but now it looks like Disney’s adaptation is finally going to arrive this May. Just in, we have a new trailer giving us a good look at the world and everyone else in it.

Disney’s “Artemis Fowl,” based on the beloved book by Eoin Colfer, is a fantastical, spellbinding adventure that follows the journey of 12-year-old genius Artemis Fowl, a descendant of a long line of criminal masterminds, as he seeks to find his father who has mysteriously disappeared. With the help of his loyal protector Butler, Artemis sets out to find him, and in doing so uncovers an ancient, underground civilization—the amazingly advanced world of fairies. Deducing that his father’s disappearance is somehow connected to the secretive, reclusive fairy world, cunning Artemis concocts a dangerous plan—so dangerous that he ultimately finds himself in a perilous war of wits with the all-powerful fairies.

I have to say, the movie has managed to nab some impressive cast members. Besides Colin Farrell, we also have Judi Dench and Josh Gad. This movie is also coming from Thor director Kenneth Branagh.

I think it’s worth noting that the Artemis Fowl book series came out in the early 2000s and that was at the height of the Harry Potter fandom; so it was possible that the film was delayed so as not to draw in too many similarities. Then again, when you look at it, it’s about a talented young boy who is whisked away into a secret magical world—you can’t get any more Harry Potter than that.

Artemis Fowl comes out May 29.