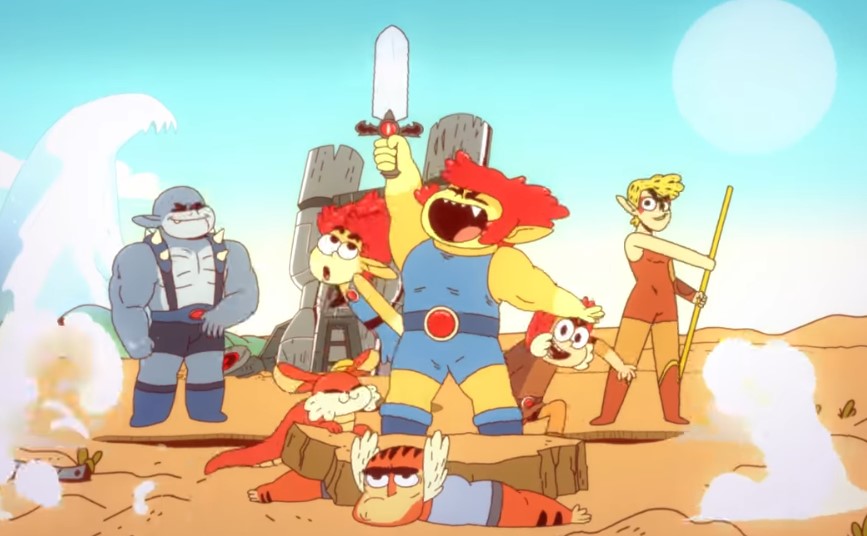 Teen Titans GO still gets a lot of flak from fans of the “serious” version of the Titans, but now Cartoon Network has just announced their comedy-centric reboot for Thundercats called Thundercats Roar—and fans are once again losing their minds.

Here’s also the official description from the press release:

It’s time again to feel the magic and hear the roar! Production is currently underway on ThunderCats Roar, an all-new, animated sci-fi action comedy series from Warner Bros. Animation. Bursting with over-the-top action and razor-sharp comedy, ThunderCats Roar boasts fresh and vibrant character designs along with a dynamic storytelling tone that promises to reignite the passionate fanbase of these iconic characters and introduce the legacy of Thundera to a whole new generation.

ThunderCats Roar will be coming to Cartoon Network in 2019. Staying true to the premise of the original series, Lion-O and the ThunderCats — Tygra, Panthro, Cheetara, Wilykat and Wilykit — barely escape the sudden destruction of their home world, Thundera, only to crash land on the mysterious and exotic planet of Third Earth. Lion-O, the newly appointed Lord of the ThunderCats, attempts to lead the team as they make this planet their new home. A bizarre host of creatures and villains stand in their way, including the evil Mumm-Ra, Third Earth’s wicked ruler who will let nothing, including the ThunderCats, stop his tyrannical reign over the planet.

At 16k dislikes versus 1.5k likes, this is one of the most drastic reactions to a reboot that people remember. However. I think this is coming from a fanbase that isn’t even the target audience.

Despite all the hate it gets, Teen Titans GO is still a hit for CN, and it’s even getting its own movie later this year. Though fans of the original series may hate it, the series might find an audience in younger kids.

It’s also worth noting that there was an action-oriented reboot of Thundercats back in 2011. Unfortunately the show got cancelled too, despite the top notch animation and respect for the source material.

Fans probably should’ve just been happy with what they got at the time instead of being blinded by nostalgia. And who knows? Maybe this reboot won’t turn out so bad. It is for the kids, after all.