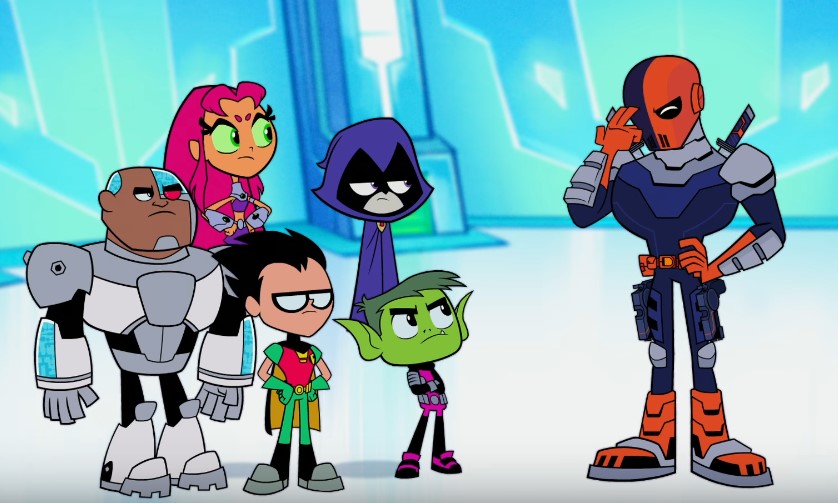 A lot of people may think that Aquaman is the only DCEU movie coming out this year, but Cartoon Network is also releasing the Teen Titans GO movie in July. A new trailer has just dropped, and it gives us a first look at Nic Cage’s Superman as well as some certain jabs at Marvel’s Merc with a Mouth.

It seems to the Teens that all the major superheroes out there are starring in their own movies—everyone but the Teen Titans, that is! But de facto leader Robin is determined to remedy the situation and be seen as a star instead of a sidekick. If only they could get the hottest Hollywood film director to notice them. With a few madcap ideas and a song in their heart, the Teen Titans head to Tinsel Town, certain to pull off their dream. But when the group is radically misdirected by a seriously Super-Villain and his maniacal plan to take over the Earth, things really go awry. The team finds their friendship and their fighting spirit failing, putting the very fate of the Teen Titans themselves on the line!

Originally it was Ron Perlman who provided the voice of Slade on the show, but the movie has decided to go with Bojack Horseman star Will Arnett to voice Slade. It’s worth noting that Arnett is also the voice behind LEGO Batman, and it’s funny that the trailer should poke fun at Slade being mistaken for Deadpool because it actually was Deadpool that was a ripoff of Slade/Deathstroke. Even the alter-ego is almost copied, save for one letter; from Slade Wilson to Wade Wilson.

At least Deadpool is funny and has two functioning eyes.

Catch the Teen Titans GO movie when it comes out July 27.