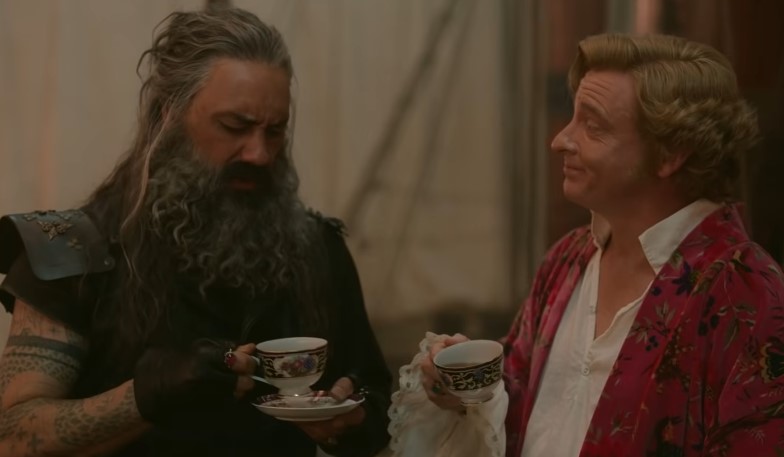 June is here, which means it’s Pride Month! One surprisingly LGBTQ+ show that came out earlier this year was Our Flag Means Death, and though the show had some great reception, HBO is yet to announce the next season.

Now the hashtag #RenewOurFlagMeansDeath has been going around on Twitter, and fans have been demanding more of the Gentleman Pirate Stede as well as his unlikely lover Blackberad. Twitter has been getting posts like this:

With all this buzz going around about the renewal of the show, it’s very likely that HBO will be able to notice. Then again, it’s possible that the network has been waiting for Pride Month this whole time to make the announcement.

Talking to the LA Times, show creator David Jenkins had this to say about the delayed renewal:

“It’s a rough one to not pick up on after what happened at the end of it. It’s a particularly rough one. I hope they figure it out. I hope they want to do more. I know everyone in the show wants to. Just to go on [social media] and see it trend for like two weeks feels unreal. It’s so gratifying, even not knowing if you’re renewed, to see that people liked it that much.”

Fingers crossed we get some kind of update soon. While there is a lot of positive buzz going around about the show, that doesn’t necessarily translate to ratings. Let’s hope HBO Max gives this series a chance.

The year is 1717. Wealthy landowner Stede Bonnet has a midlife crisis and decides to blow up his cushy life to become a pirate. It does not go well. Based on a true story.

No second season has been announced for Our Flag Means Death, but you can check out the fun first season now on HBO Max.