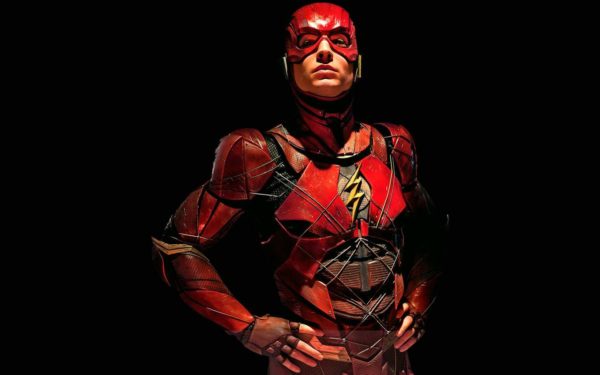 The Flash movie has been having a lot of trouble getting off the ground, but things looked to be picking up steam after it was announced that John Francis Daley and Jonathan Goldstein would be directing. The two were going to go for a more lighthearted approach, but now news has it that star Ezra Miller is going hand-on with the script to keep to the original ‘dark’ vision.

According to the Hollywood Reporter, Miller has partnered up with comic writer Grant Morrison to pen a draft for The Flash. It’s also said that Miller is pushing forward with his involvement in order to keep the role of Barry Allen; as it turns out, his contract is set to expire this May, but Miller is said to be so involved in the character that he’s willing to take the risk.

With actors like Ben Affleck quitting the Batman role and Henry Cavill’s Superman future also up in the air, you’d think that Miller would be one of the next actors to get the axe. There’s even a rumor going around that Ray Fisher won’t be returning as Cyborg. At least we can see that Miller is dedicated to bringing the Fastest Man Alive onscreen.

With films like Aquaman and the upcoming Shazam! attempting to make DC films more ‘fun,’ I really wanted to see where Zack Snyder was taking the franchise. Though the films aren’t perfect, I thought Man of Steel and Batman v Superman had some interesting and mature themes that it wanted to tackle. Sure DC  might have stumbled, but the effort was looking promising. Maybe Miller was aware of where the franchise was originally headed, and he wanted the same to be done with the Flash movie instead of a more lighthearted rewrite.

I’m just hoping everything turns out well in the end. If this fails, we could be looking at Miller getting fired from the DCEU. Shame since I think his take on Barry Allen is fantastic.

No release date has been set for The Flash.