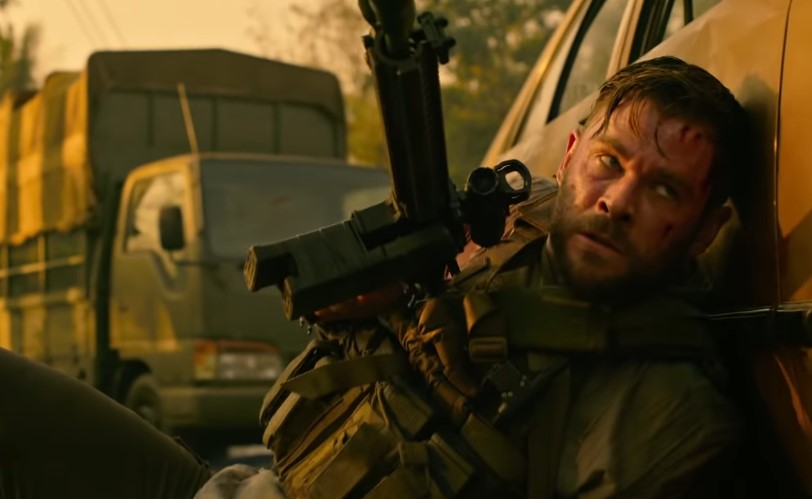 With the Russo Brothers breaking box office records with Avengers: Endgame, the brothers have teamed up to produce this Netflix film called Extraction, and what’s more, they’ve brought Thor himself Chris Hemsworth to star in the movie.

Tyler Rake (Chris Hemsworth) is a fearless black market mercenary who embarks on the deadliest mission of his career when he’s enlisted to rescue the kidnapped son of an international crime lord.

Besides Hemsworth and the Russos, I think it’s also worth mentioning that the director of this movie, Sam Hargrave, is the stunt coordinator for MCU films like Endgame, Infinity War, and Civil War. He’s also played the stunt double for Captain America in the first Avengers film and Winter Soldier.

Personally, I think the trailer is kind of corny, but with Hargrave at the helm, I think the main hook of this film is going to be the action setpieces. I mean, if this guy helped make Atomic Blonde, then this movie is for sure going to have some solid action.

I think it’s also worth mentioning that David Harbour (Black Widow, Stranger Things) is in this movie as well. Though I think his Red Guardian will never run into Thor, I would love to see how Harbour and Hemsworth play off of each other in the film.

With theatrical releases being put on hold right now, it looks like Extraction is going to come out as planned. Catch it on Netflix when it premieres April 24.