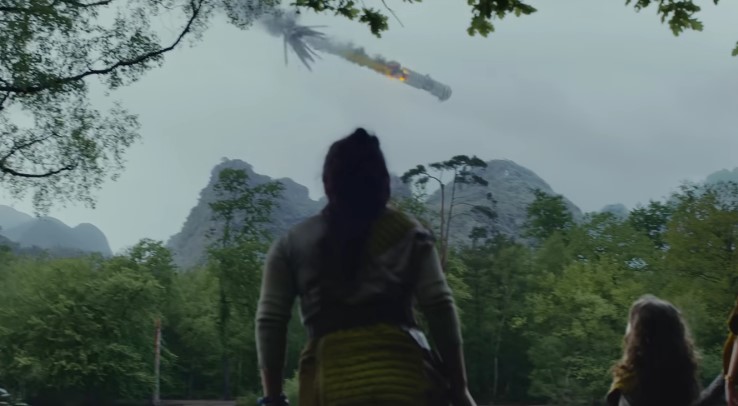 Cassian Andor may have met his end in Rogue One: A Star Wars Story, but Lucasfilm has found a way for him to come back with his own spinoff series.

Andor is set to premiere later this year, and Disney+ has given us our first teaser thanks to Star Wars Celebration 2022. Check this out:

The “Andor” series will explore a new perspective from the Star Wars galaxy, focusing on Cassian Andor’s journey to discover the difference he can make. The series brings forward the tale of the burgeoning rebellion against the Empire and how people and planets became involved. It’s an era filled with danger, deception and intrigue where Cassian will embark on the path that is destined to turn him into a rebel hero.

With the Rebel Alliance still pretty scrappy in Rogue One, it looks like Andor will really see the faction come to form, and we’ll get to see it through the eyes of Cassian. Besides Andor though, we also have the character of Mon Mothma, who looks to be having her own origin told when it comes to this series.

While comments like “Who asked for this?” are being thrown around with Andor, I always like to settle in for projects that give me what I didn’t know I wanted. The same thing happened with Rogue One and Solo, and after the fanservice slogfests that were The Book of Boba Fett (and I have a feeling Obi-Wan Kenobi), I’m eager for something I wasn’t expecting—even if it does take place in the timeline of the original trilogy again.

Catch Andor which premieres on Disney+ on Aug. 31.