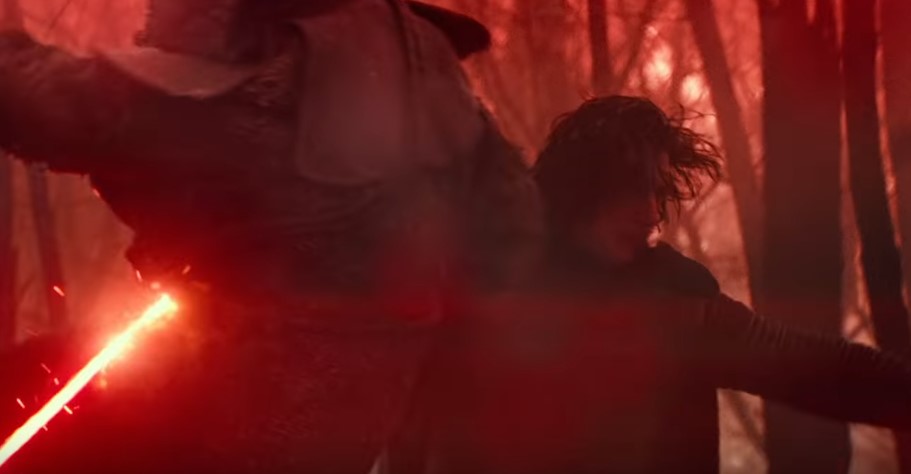 With the hype of The Rise of Skywalker dying down, people online have been discussing deleted scenes and concepts that were scrapped from the film. One particular scene had Kylo Ren running into an ‘oracle’ character on Mustafar, and though it was removed from the film, it looks like they kept it for the novelization.

Here’s a short excerpt of the Rise of Skywalker novelization by Rae Carson (via StarWars.com):

An oily film slicked across the lake’s still surface. But as Kylo ap­proached, the water bubbled up in the center, sending tiny waves to lap at his boots.

A giant emerged, a hairless creature sheening with wetness, bits of lake detritus clinging to its pasty skin. Its eyes were squeezed shut, but it could still see after a fashion because draped over its massive bald head and across one shoulder was a second creature with long spidery tentacles. The two were locked in symbiosis. Kylo sensed the giant’s pain, as though it were a slave to the spidery being that clung to it. Yet neither could it survive alone.

The scene basically has Kylo asking the creature for the wayfinder. We don’t know the reason why it was cut from the movie, but seeing as how everything in the beginning of the film went lightning fast, some think it was due to pacing issues.

It’s no mystery that a lot of people weren’t happy with The Rise of Skywalker, but hopefully with this novelization, we get some gaps filled, like how Palpatine survived or how the Final Order came to exist despite being cut off from everything.

The novelization of Star Wars: The Rise of Skywalker comes out March 17.