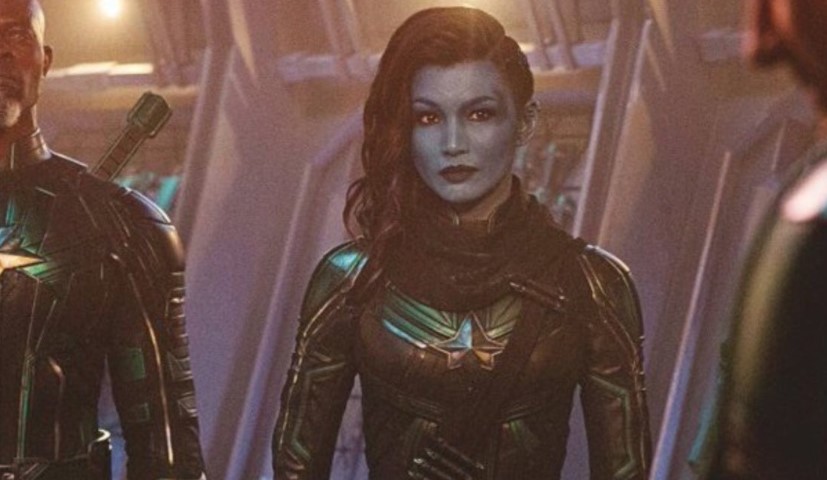 Gemma Chan had already made herself part of the MCU family with her role as Minn-Erva in Captain Marvel, but it looks like she’s going to have a second chance to make her mark in the universe in the MCU’s upcoming film the Eternals.

As per Variety, Chan is currently in talks to play someone completely different in Eternals.  We don’t have any details on the role yet, but some are speculating that it will be a more major one compared to her supporting role in CM.  One thing is also for sure; this is a major role for Chan, it would be the first time that an actor has been able to play two key characters in the MCU.

Interestingly enough, the MCU is no stranger to casting actors for two different roles. Spider-Man: Far from Home’s Martin Starr (Mr. Harrington) also played a security guard in The Incredible Hulk; Laura Haddock has played Meredith Quill in GOTG and a random Captain America fan in The First Avenger; and Kenneth Choi played both Jim Morita and Midtown High’s principal Morita. The list actually goes on, but I’m going to stick to actors who have played the face of both characters. Other double roles, like Kraglin/Rocket Raccoon’s Sean Gunn, I count differently because another is a CGI character.

Besides Chan, the Eternals movie is also said to be looking at Barry Keoghan (Dunkirk, Chernobyl). Nothing solid has been announced for the two actors joining the cast, but they would definitely be fine additions depending on how they’re used.