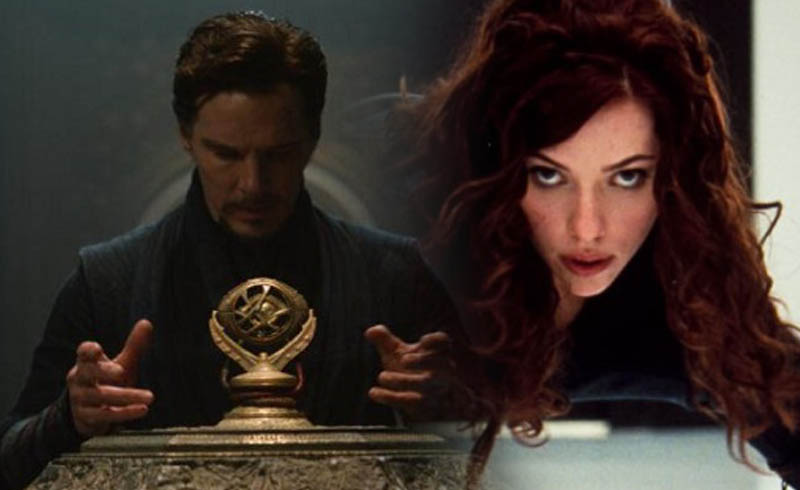 As promised, Marvel Studios had held a massive panel at SDCC 2019, and we now have a full slate for Phase 4. We also had a lot of fantastic reveals for upcoming films, and we have a bright two years ahead of us.

A bunch of other films have also been said to be in development, but will likely be part of Phase 5. Those include Black Panther 2, Captain Marvel 2, Guardians of the Galaxy Vol. 3, Fantastic Four, and get this… Blade.

It’s been confirmed that Black Widow is a period piece, but it will not travel so far back. As it turns out, the movie takes place after the events of Captain America: Civil War, and will have Widow somewhat haunted by her past.

What’s interesting is, it’s been revealed that Stranger Things’ David Harbour is playing The Red Guardian a.k.a. Russia’s version of Captain America. It’s said that his character has a history with Natasha Romanoff, and in the comics, they were even married at some point.

Plus here’s an official look at villain Taskmaster:

Check out this 1st reveal of the keyframe illustration I did for the Black Widow film… & TASKMASTER!!! #blackwidow #taskmaster @MarvelStudios #scarlettjohansson pic.twitter.com/c4504e6BEu

Admittedly the Eternals is one of the more obscure properties coming to the MCU, but the film does boast an all-star cast which includes Angelina Jolie, Richard Madden, Kumail Nanjiani, Salma Hayek, Dong-seok Ma, Lia McHugh, and Lauren Ridloff. Despite rumors, it looks like Keanu Reeves won’t be in the film after all, and it looks like everyone can stop speculating that Millie Bobby Brown is playing Sprite.

Here’s some concept art from SDCC:

Shang-Chi and the Legend of the Ten Rings

While we were kind of open-ended on the Iron Man adversaries the Ten Rings, Marvel has cleverly decided to bring them back in the Shang-Chi film. What’s more, we got the SDCC announcement that Simu Liu (Kim’s Convenience) has been cast as the lead, and he’ll be joined by Awkwafina and Tony Leung who will be playing the real Mandarin.

I’m just hoping we get a cameo from Ben Kingsley who was supposedly kidnapped by the original Ten Rings in the end of the Marvel short All Hail the King.

Doctor Strange in the Multiverse of Madness

Scott Derrickson will be returning to direct this sequel to Doctor Strange, and he’s confirmed that this will be the first MCU film to be horror-fueled. Talking during SDCC, Derrickson said (via CinemaBlend):

“When I came and talked to [Marvel Studios President Kevin Feige] about doing a sequel, I said, ‘I don’t want to do just another sequel. If I’m going to do it, it needs to go into the territory that drew me into the Doctor Strange comics in the first place’ – which is how they dipped into the gothic and the horror and the horrific. And we’re going to make the first scary MCU movie.”

What’s more, the movie is said to give a main role to Wanda Maximoff/Scarlet Witch (Elizabeth Olsen), and the main villain is said to be Nightmare.

The last film on the Phase 4 slate is probably going to be the wildest, what with Taika Waititi back in the director’s chair. It’s been confirmed that Natalie Portman’s Jane Foster will now be taking the lead as the new God of Thunder, and it’s likely that she’s going to be joined by Tessa Thompson’s Valkyrie.

What’s more, Thompson herself has confirmed that Valkyrie could be the first LGBTQ hero in the MCU:

Tessa Thompson on Valkyrie: “First of all, as king, she needs to find her queen.” #MarvelSDCC pic.twitter.com/XR1I2wsUNR

This film is not part of Phase 4, but is likely going to be an opener for Phase 5. We don’t know much about what kind of plot Marvel is going to follow for Blade, but we do know that Mahershala Ali has been cast as the Daywalker.

Mahershala Ali gets the loudest cheer of the night by putting on a Blade cap. #MarvelSDCC pic.twitter.com/GD2KoCF3yn

If you can remember, Ali has already starred in Marvel Netflix’s Luke Cage, so having him be the new Blade is probably a sign that the MCU is cutting ties with any continuity of the Netflix shows. This could be a bummer for anyone who wanted Charlie Cox back as Daredevil, but if J.K. Simmons can return as J. Jonah Jameson, then maybe they can do the same with Matt Murdock.

We don’t really have any official update on the next Avengers movie, but Kevin Feige has confirmed that the roster will include both old and new characters. He doesn’t go into detail, but he did tell MTV:

That’s about most of the relevant reveals. There’s a lot more going around online, but it’s too much to put up here in this SDCC list. What’s more is that Marvel Studios isn’t even done, and they’re saving some more news for the D23 Expo next month.

The future looks bright for the MCU, and the first film in the new slate is Black Widow which comes out May 1, 2020.