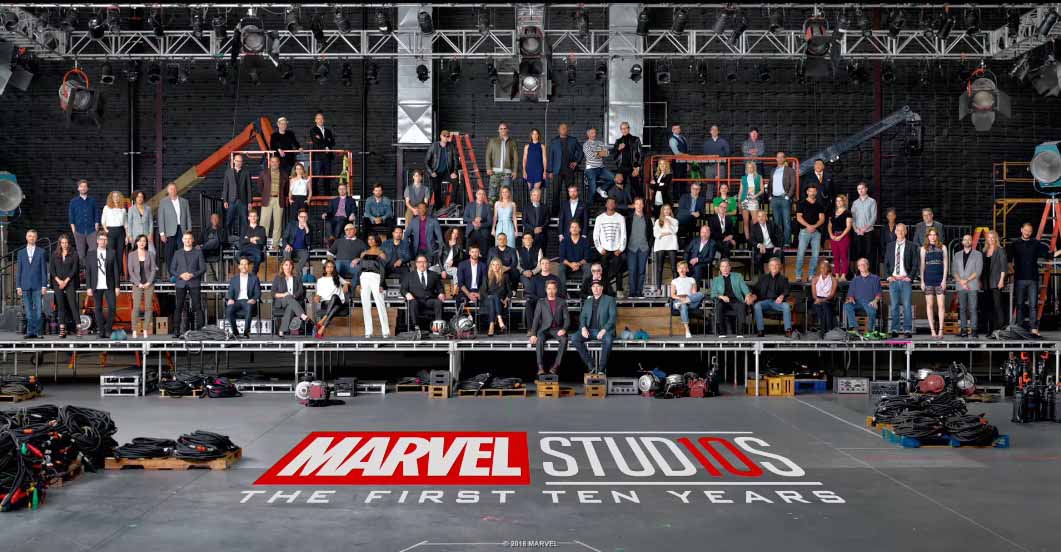 ALate last year, Mark Ruffalo had revealed that he was attending a photo shoot that included all the main cast of the Marvel Cinematic Universe. Now the results of that photoshoot have been officially published with the studio celebrating 10 years of the MCU.

The MCU has grown exponentially well ever since Iron Man came out back in 2008. Ten years later, Marvel Studios has proven itself a box office giant with each movie undoubtedly succeeding in the box office—regardless of the central characters’ obscurity. Who would have thought we’d ever been getting a Guardians of the Galaxy movie back in 2012?

Even if Avengers 4 is marking an “end of an era” for Marvel, that still doesn’t mean that the MCU is having any plans of slowing down soon. We still have the Spider-Man: Homecoming sequel to look forward to after the fourth Avengers, and in 2020 will come Guardians of the Galaxy Vol. 3.

Hopefully, with more movies coming in, we could see a change in the formula for Marvel. Though the movies are undoubtedly successful, they have become a tad repetitive to some audience members, claiming that the MCU is soon to undergo or already undergoing “Franchise Fatigue.” I’m just crossing my fingers that Kevin Feige and his team have something unexpected up their sleeves.

The next MCU film set to come out is Black Panther, and it’s slated for a release next week, Feb. 16.

Get Your Marvel Fix By Checking Out Design By Humans!