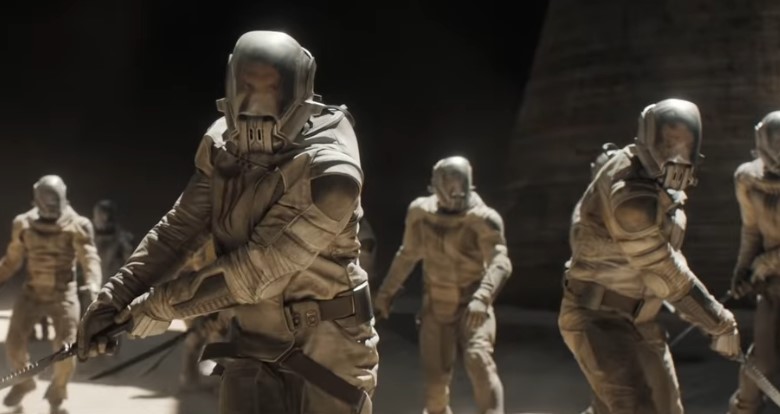 A lot of fans were excited to watch Dune since last year, and after multiple delays, WB has decided to settle with a theatrical/HBO Max same day release. Marketing has slowly been firing up for the movie, and now we have a new main trailer for Denis Villenueve’s next sci-fi adventure.

Watch the main trailer for Dune down here:

While the first teaser for Dune was very sparing when it came to details, this main trailer gives us a better look at the plot, and kind of sets the stage for House Atreides and their connection to Arrakis.

The film also has quite the star-studded cast, and the trailer manages to give us some fun interactions between characters like Paul (Timothee Chalamet) and Duncan (Jason Momoa) and Duke Leto (Oscar Isaac) and Gurney (Josh Brolin). We also have a better fleshing out of Zendaya’s character Chani; and I’m excited to see Stellan Skarsgard eat up scenes as Baron Harkonnen.

While Star Wars has always been the biggest science fantasy property in the box office, Dune is considered to be one of the granddaddies of the genre, with elements having influenced Star Wars and other modern sci-fi properties.

Fans are hoping that this movie manages to gain critical and commercial success; though Villenueve may be a celebrated sci-fi director today, his last film Blade Runner 2049 was considered to have underperformed in the box office. Let’s hope that Dune will manage to gain a mass audience appeal and still stay true to the original Frank Herbert books.

Catch Dune when it hits theaters and HBO Max on Oct. 22.