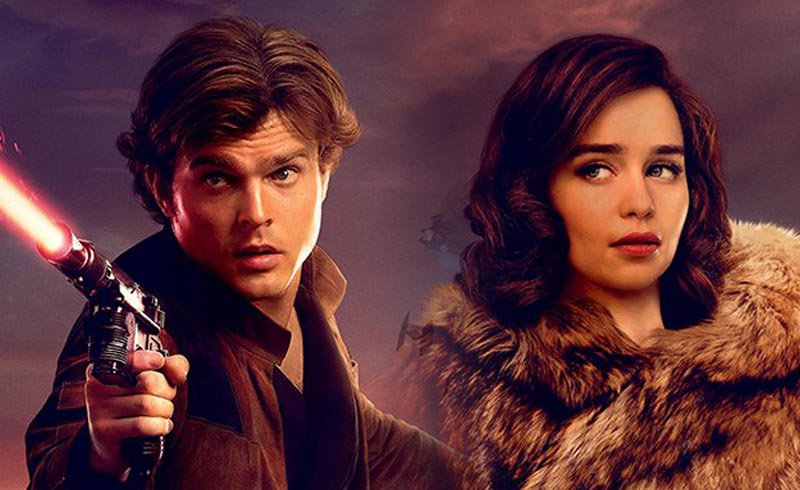 Though Emilia Clarke has signed on with Marvel Studios for Secret Invasion, she had already teamed up with Disney in the past for Solo: A Star Wars Story. With Clarke’s character Qi’ra not having a fully realized arc, Clarke has expressed that she would want to reprise the role for the future.

While promoting her upcoming comic Mother of Madness to THR, Clarke explains,“[Qi’ra’s] the one that has the most unfinished business… I really had pages about what her life was and what it would be afterwards.” Despite Clarke’s enthusiasm, she has confirmed that Disney hasn’t contacted her about reprising the role. She continues, “… But I’m afraid I’ve heard nothing of [Disney+] being the case, so maybe I’ll just write it and send it to them. I’ll be like, ‘Hey guys, I’ve got a few ideas.’”

In Solo, it was revealed that Han Solo had a childhood sweetheart named Qi’ra who had been sold to the gang Crimson Dawn. By the end of the film though, Qi’ra rises to the top of the ranks, but leaves Han to fend for himself.

With Solo underperforming in the box office, plans for a sequel were scrapped, but it was said that the Solo films would build up to a war between the crime syndicates. We would also get a conclusion between the arc of Qi’ra and Han.

Disney or Lucasfilm have no plans for a Solo sequel or series, but with growing fan appreciation for the film (and the #MakeSolo2Happen movement), there is hope that we could see more of Qi’ra, Han, and the other underworld Star Wars characters along the way.

For now, you can catch Qi’ra in Solo: A Star Wars Story now on Disney+.