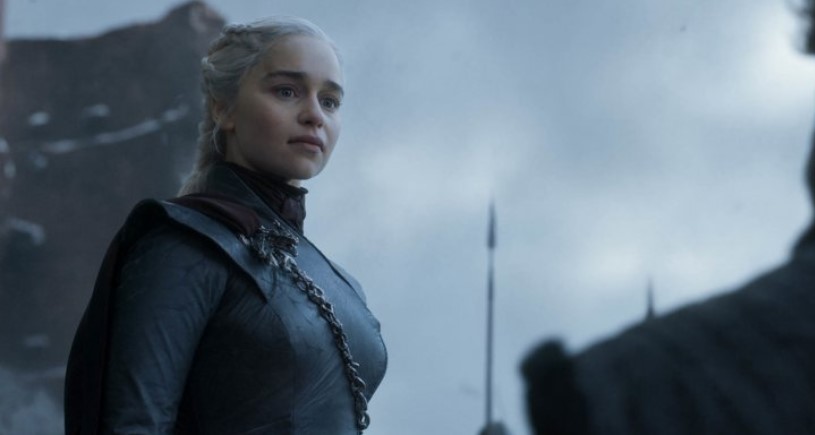 While the Game of Thrones finale wrapped up nicely for the Starks, a lot of disdain comes from the supposed ‘character assassination’ of Daenerys Targaryen. It’s becoming slowly apparent that Emilia Clarke was also not onboard for how Dany was written in the season, and she talks about how she tried to salvage the character for even just a little bit in her final scene.

Talking to the New Yorker, Clarke talks about how she wanted Daenerys’ final moment with Jon to mirror the character when we first meet her in the show—an innocent young woman full of love. Clarke says:

I wanted to play a game with what the scene was about. It’s not that I wanted to show her as “mad,” because I really don’t like that word. I don’t enjoy fans calling me “the Mad Queen.” But she is so far gone in grief, in trauma, and in pain. And yet our brains are fascinating in the way that they find a fast route to feel O.K., whether you’re relying on a substance or you’re mildly deluded.

If you see abuse in someone young, they often are able to mentally leave the room. I wanted Daenerys to be there. I wanted to show her as we saw her in the beginning: young, naïve, childlike, open, and full of love and hope. I wanted so much for that to be the last memory of her.

Admittedly, a lot of fans were fine with what happened by the end, but it was an issue of how rushed the season felt, and Daenerys’ madness (along with several other character arcs) didn’t feel earned; Jaime decides to come to King’s Landing just to die with Cersei, and Jon’s real identity as Aegon Targaryen had absolutely no consequence to his story.

For now, everyone is probably going to be over Game of Thrones soon, but HBO is working on several spinoffs, one of which will be a prequel series set hundreds of years before the events of the original show.

Let’s hope that one doesn’t end up disappointing toward the end.