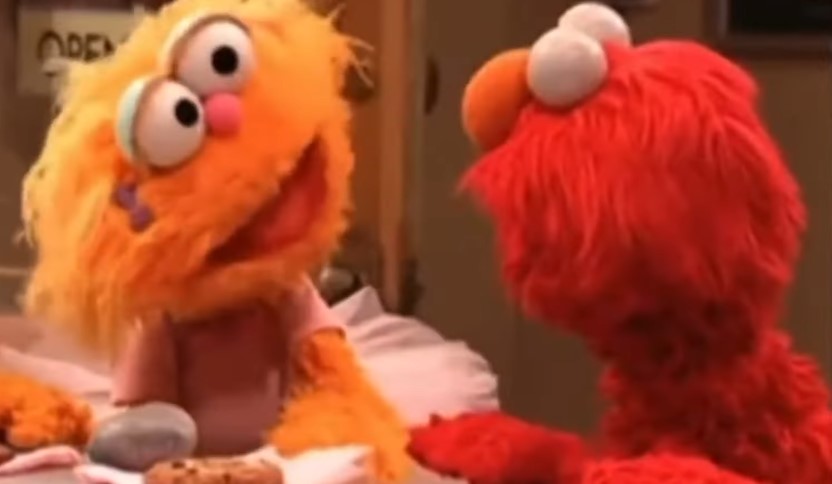 Besides the Omicron virus, it looks like another unexpected thing has gone viral in the first week of 2022—a clip of Sesame Street’s Elmo getting exasperated over a rock (or ‘Rocco’). Twitter is just having a blast watching Elmo lose his cool, and it looks like the muppet’s official Twitter post had to make an official statement about it.

The meme started on January 3 [email protected] on Twitter shared a clip of Elmo getting increasingly annoyed that his friend Zoey won’t give him his favourite cookie because it belongs to Rocco, her pet rock. Here’s the post:

there are tears in my eyes y’all my stomach hurting pic.twitter.com/bbkF9yDZLf

From that point, several people had been pointing out moments where Elmo gets increasingly exasperated with the rock, and several clips that have been coming out have been getting upwards of a million views each. It’s gotten so silly to the point that Elmo had to ‘release a statement’ clarifying that he’s still friends with Zoe, but is still angry at the rock:

Despite only getting recognized now, Rocco had been introduced way back in 1999, and this altercation with the cookie took place in an episode five years later. Seeing the unpredictability of memes, we don’t know if the official Sesame Street will address this newfound popularity of Elmo v Rocco, but for now, fans are just having fun sharing memes and empathizing with Elmo’s frustrations on something so frivolous—I mean, what else could the internet be for besides doing just that?

“Has anybody ever seen a rock eat a cookie? Elmo is just curious.” pic.twitter.com/FBsJ4BtOzL

ROCCO?! ROCCO’S A ROCK, MR ANDERSON! ROCCO WON’T KNOW THE DIFFERENCE – HOW? HOW IS ROCCO GOING TO EAT THAT COOKIE? TELL ME! pic.twitter.com/EYbK4K0KVb