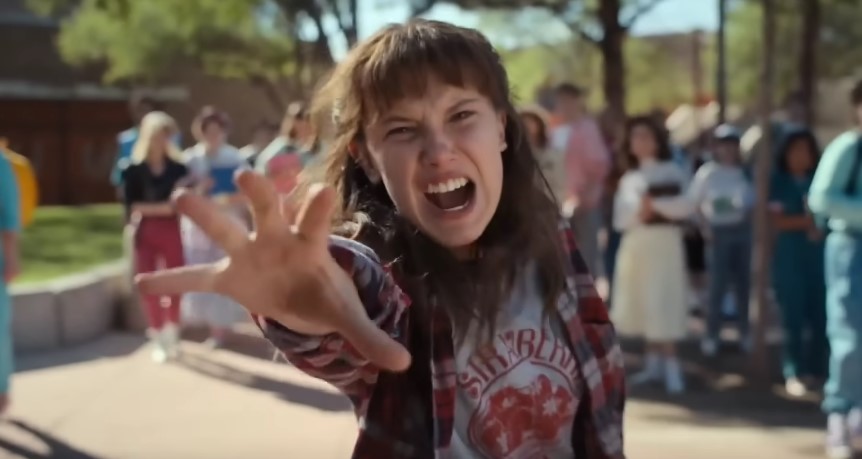 Though Stranger Things has an amazing ensemble cast, the spotlight undoubtedly belongs to Millie Bobby Brown’s Eleven whose powers have been a great source of the mystery surrounding the show. Thanks to a new clip from Season 4 though, it looks like we’ll be watching Eleven struggle at being a normal kid this time.

Watch as she tries to activate her powers in this new clip from Stranger Things 4:

We don’t know exactly the reason Eleven lost her powers, but it’s possible it could have something to do with her closing the portal back in the third season. If you’ve watched the trailers though, it looks like these powers are going to be transferring over to Max. Will Eleven get her powers back? I guess we’ll just have to wait and see.

While the show hasn’t been perfect, the Duffer Brothers have managed to make Stranger Things one of the biggest shows on Netflix. It’s kind of surreal how they managed to make a kid-friendly horror series for the modern times, and they also manage to pay homage to several other established IP while feeling original at the same time.

Hopefully the show doesn’t run out of steam by the time we get to the end. With the creators having a clear finale in mind though, I think we’ll be all set for a satisfying conclusion.

The first part of Stranger Things 4 premieres on Netflix May 27. The second part of the season comes out on July 01.