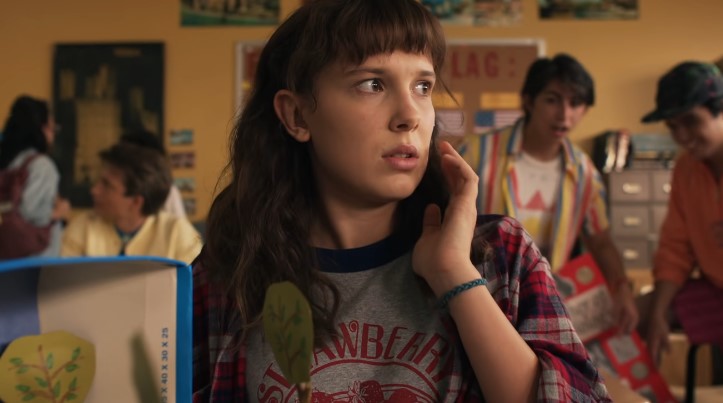 We may not be getting Stranger Things this year, but Netflix is making sure to keep audiences hyped for the return of their biggest show. While we didn’t get to see Eleven in the TUDUM 2021 teaser, we do have a look at her life with the Byerses in California in a new teaser for Stranger Things 4.

Watch the teaser down here:

Though the show’s main setting has been Hawkins, Indiana for three seasons, this is the first time we actually get to follow some characters outside of the town. Granted, it’s very likely Eleven and Will will be coming back to hang out with Mike and the gang when spring break arrives.

There is also the case of the subtle tease of “004/004” in the video description. While I thought that it was a hint that the series could be dropping on April 4, it’s likely to mean something else. Some suspect that it could be teasing more of Eleven’s ‘siblings’ making their debut, but since the last episode featuring “008” was one of the weakest episodes in the entire show, fans are hoping that the Duffer Brothers find a more creative approach when it comes to bringing out more characters from the Hawkins lab. Could “004” be twins? Or could they be the first ‘evil’ test subject that Eleven and the others have to band against?

Though the show has been very obvious with their inspiration, Stranger Things actually shines by making their homages feel more fresh and original. Stephen King easter eggs aside, it was actually pretty fun how they managed to include the freaking Terminator in their last season without it feeling too obvious.

Stranger Things returns to Netflix the summer of 2022.