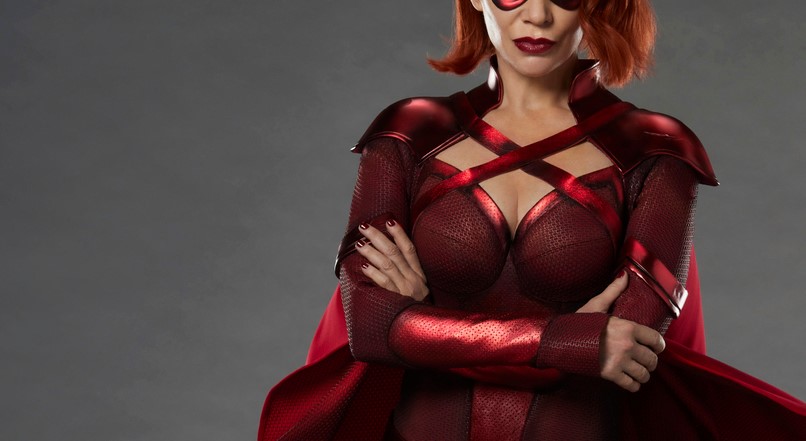 If Amazon’s The Boys is good at anything, it’s presenting us with some super-powered villains. Besides Homelander, we got the alt-right superheroine Stormfront, and now we have a look at The Boys’ version of Scarlet Witch, the Crimson Countess.

We don’t have any details on Crimson Countess’ role in the series, but if her comic counterpart is any indication, she was supposed to be an antagonist when it came to Billy Butcher and his supe-hating crew. Her powers are pretty standard (flight, heat generation), but I’m sure the series would have somewhere interesting to take her character.

When it came to the last season, we were introduced to a villain that had the capability of blowing people’s minds up with her thoughts. So far, neither Vought nor the Boys have any idea about Congresswoman Neuman; but hopefully we get an elaboration on her motives when it comes to the next season.

So far, The Boys series has taken some very huge liberties when it comes to the story of the comics, but you could say that some changes have worked for the better. With the rise of the comic book genre, The Boys manages to make some relevant commentary when it comes to pop-culture, and I can’t wait to see what they have to say with Season 3.

No release date has been set for The Boys Season 3, but the series is expected to return sometime in 2022. In the meantime, you can check out the first two seasons now available on Amazon Prime Video.