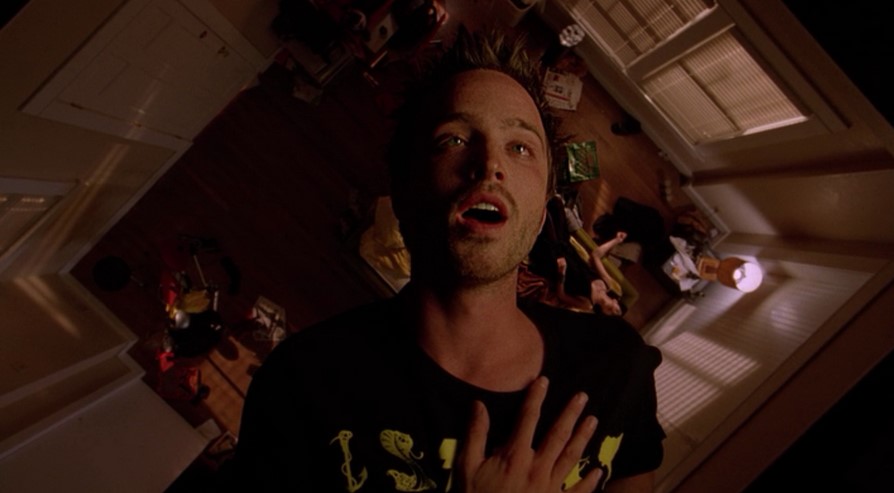 Next month will see the release of El Camino: A Breaking Bad Movie, and it will focus on the story off Jesse Pinkman after he’s broken free off the white supremacist camp. We don’t really know what to expect with Jesse moving forward, but this new teaser that’s dropped could be a hint.

We don’t know if the song is just a fun nod, but maybe it could hint at what to expect in the story. Though Jane dies early on in the show, we know that Jesse still has very strong feelings for her, and it’s Walt’s mention of letting Jane die that ultimately breaks his relationship with Jesse. With the show expecting to have Jesse all on his own, I can imagine that there are going to be flashbacks of when he still had people in his life; not just Walt, but Jane as well, maybe even Jesse’s parents.

This is also a photo that Aaron Paul recently shared, hinting at a flashback in the Fring lab:

This is also just wishful thinking, but I kind of want to see Bob Odenkirk’s fully realized Saul Goodman as well. Not that I don’t love Jimmy McGill, but Saul was just his own brand of sleazy and hilarious, you have to miss him.