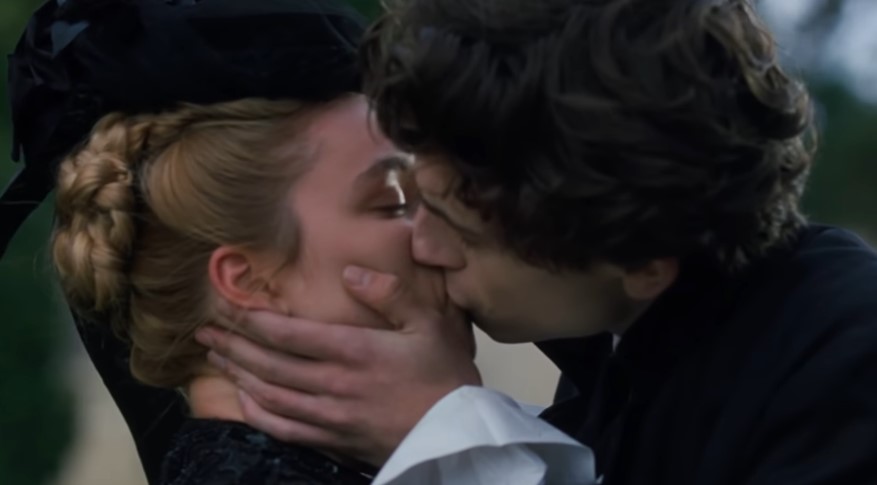 Timothee Chalamet and Florence Pugh are two amazing young talents in Hollywood today, and the pair will be reunited with Dune: Part Two coming next year. What’s funny is, the two were also a pair in Little Women, and they kind of found themselves playing characters with a similar kind of relationship in this sci-fi sequel.

As it turns out, even Chalamet and Pugh have noticed, and they joked about it between themselves. Talking to Variety, Chalamet shared, “We were joking on set that we keep doing these movies, and we end up together even though we should be ending up with different people.” For reference, in Little Women, Amy (Pugh) and Laurie (Chalamet) end up marrying each other even if Laurie truly loved Jo. Not to spoil too much in Dune, but Paul is kind of in a love triangle between Chani (Zendaya) and Princess Irulan (Pugh).

Chalamet continues, “Florence is really special. She’s an incredible actor. She was incredible in ‘Dune’ — seriously incredible. She brought a gravitas to the role. And I can’t believe my good fortune at this young age … between Taylor Russell in ‘Bones and All’ and Zendaya in ‘Dune.’ And Austin Butler’s in that movie too.”

We don’t have a look at Dune: Part Two yet, but the movie definitely has a lot going for it, especially with Denis Villeneuve at the helm with a star-studded cast. Fingers crossed we get a trailer before the year ends.