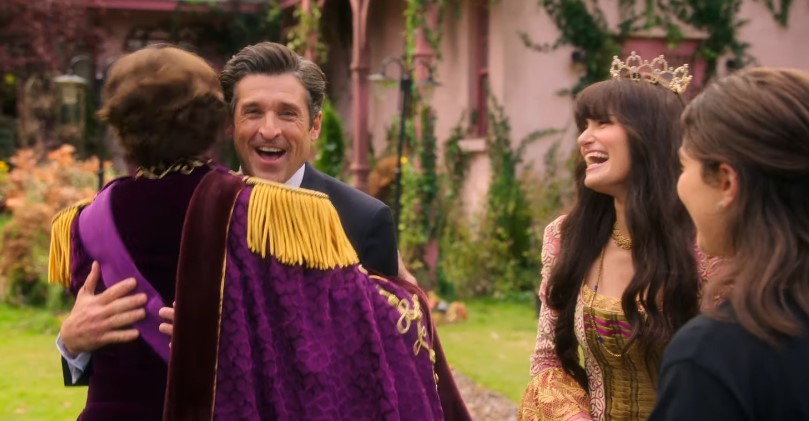 It’s been more than a decade since the last Enchanted movie, but the sequel Disenchanted still managed to bring back a lot of the principal cast for the film. Just in, Disney has dropped a new featurette highlighting the reunion between Amy Adams, Patrick Dempsey, James Marsden, and Idina Menzel.

Watch the new featurette down here:

Though she has moved on to take on more serious roles, Amy Adams’ take on Giselle is still as optimistic as ever. But instead of just playing the lost princess, she’s also tapping into that Wicked Stepmother part—which I think she’s doing a wonderful job in, just based on the trailers and other previews.

It’s also worth noting that we’ll get to see Idina Menzel actually singing this time. Though she only had a small role in the first Enchanted, I think her elevated status as the voice of Elsa kind of compels Disney to give her a musical number for the sequel. Even if that was the case, I can’t wait to watch Amy Adams and company just burst into song. Who knows, maybe Giselle will get her obligatory villain song when it comes to this sequel?

Admittedly, I’m kind of bummed that this movie isn’t coming out in theaters, but I guess that doesn’t really say anything about the quality. I mean, that Chip ‘n Dale reboot was pretty good, but it didn’t get the theatrical release it deserved. Who knows, maybe Disney will change their minds if Disenchanted gets received well.

Disenchanted premieres on Disney+ on Dec. 18.