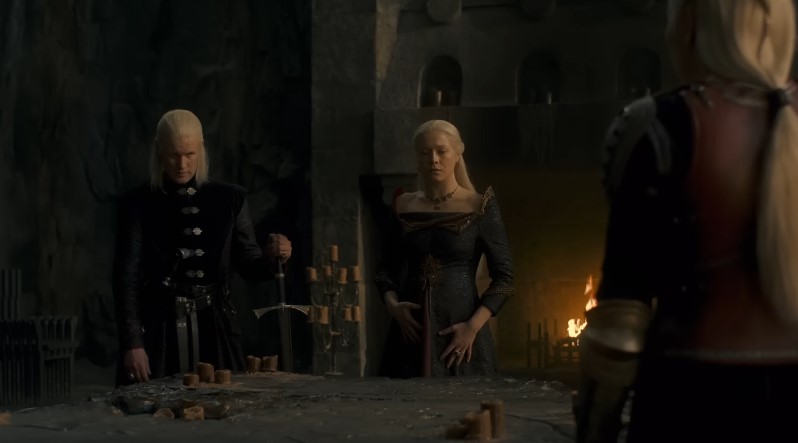 The Dance of Dragons is finally starting. After the death of Viserys Targaryen, Alicent and the Green Council have usurped the throne from Rhaenyra, and we should expect things to get sloppy in ye olde Westeros.

The series is now building up to its final episode, and we have a new preview teasing the finale. Watch this:

The episode essentially follows Rhaenys as she flies back to Dragonstone to tell Rhaenyra and her family that Viserys has died and that Aegon had been crowned the new king. Though we expect the episode to focus on the Blacks and how they plan to react to the news, the teaser does also give us a look at Aemond who could be revealing his infamous sapphire eye.

While the show has been riveting on its own during the run of its first season, a lot of book readers have commented that House of the Dragon has only been showcasing a fraction of the beginning of the book. Good for fans, because that means that the show could have a long and healthy run on HBO Max; word actually has it that they plan to run a total of four seasons. I guess that’s enough to encompass a full story without the series overstaying its welcome.

If anything, HBO still has a lot of other Westeros projects going on, like that Jon Snow sequel. Hopefully we get news on that soon.

The House of the Dragon finale airs on HBO Max this Sunday.