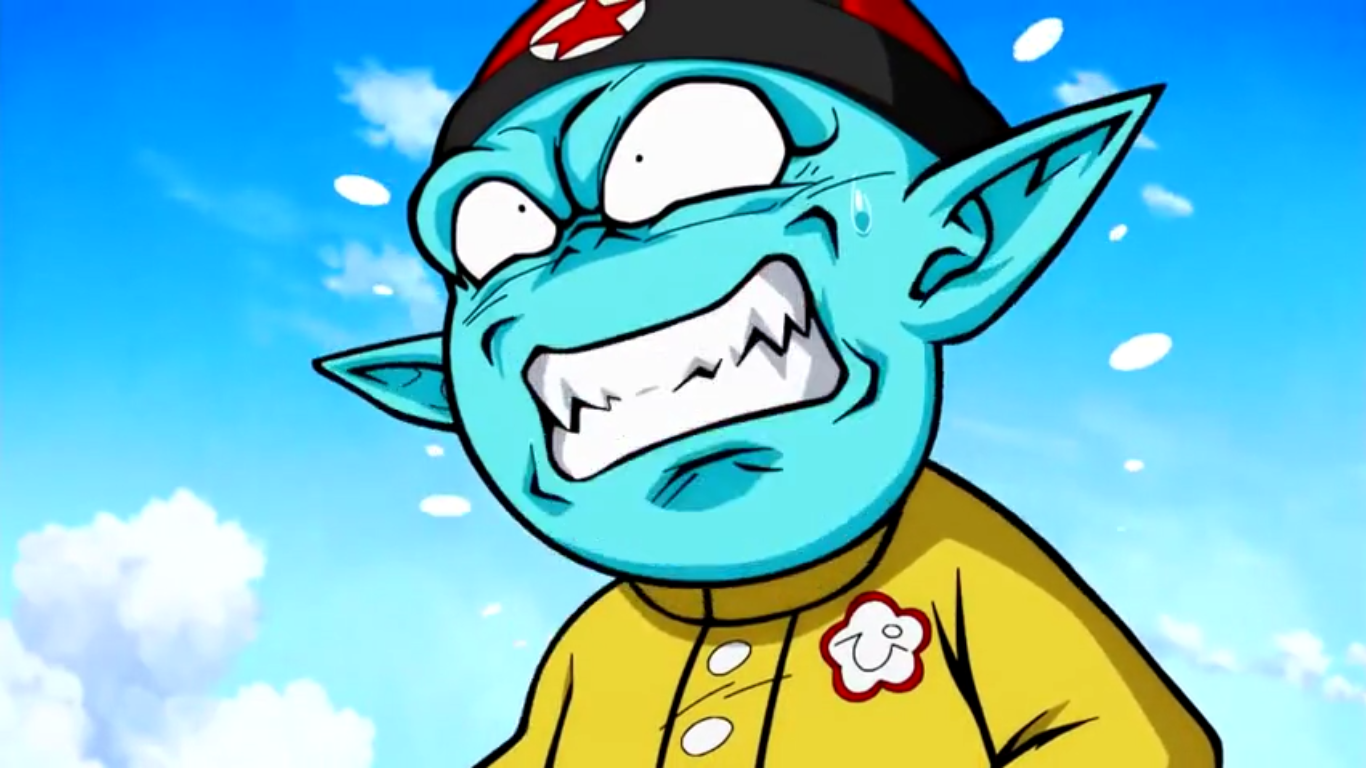 Last week was an early bright spot for Dragon Ball Super which ended with the foreboding promise of the God of Destruction Beerus meeting our hero Goku to try and find out the identity of the mysterious “Super Saiyan God”. However, the plot of Episode 4 is not about Beerus and Goku meeting, nor is it even about Bulma getting on with her birthday party. No, the plot that Dragon Ball Super chose to dedicate 22 minutes to was “Will Pilaf and his friends get fed?”.

For those of you who don’t know or remember, Emperor Pilaf and his servants Shu and Mai were the first villains of the franchise in the mid-80s. They were hapless yet strangely capable whilst also serving as effective comic relief later on in Dragon Ball when more serious villains like King Piccolo and the Red Ribbon Army rose to prominence. They were good characters…for that time. But now, after the events of Dragon Ball Z and the lore being set up with Dragon Ball Super to include deities and gods, the Pilaf Gang feel antiquated. Their comic mishaps not only feel so out of place, but they’re not doing anything to move the plot forward. 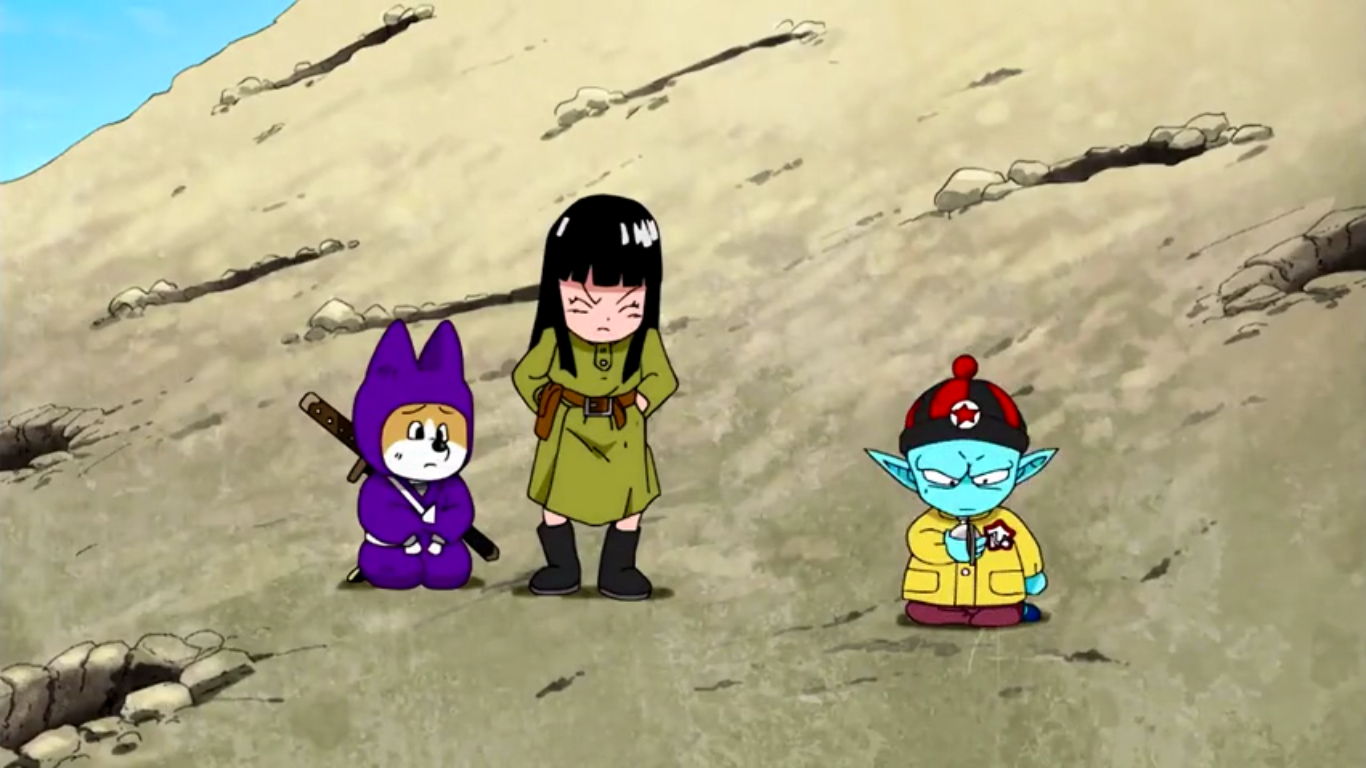 Basically, if you’re not a fan of the Pilaf Gang then you’re not going to like this episode because they (no joke) take up the bulk of it. It feels so disappointing, especially considering how the last episode essentially promised a Beerus and Goku meeting…which we don’t even get by the end of THIS episode! But what’s frustrating about the inclusion of the Pilaf gang is that they also took up a lot of screen time in the Dragon Ball Z: Battle of Gods movie and since they contributed nothing of substance there they were what many fans considered to be the weakest aspect of that film. With Dragon Ball Super you’d think that Akira Toriyama along with Toei Animation would think “How can we alter and fix the TV series based on the feedback we got from the movie?”, but with the Pilaf Gang’s introduction it’s clear that’s not the case.

Also, why are they young? The episode does nothing to explain their new physical state meaning that even if you know who the Pilaf gang are and enjoy their antics then there are still narrative gaps to address. 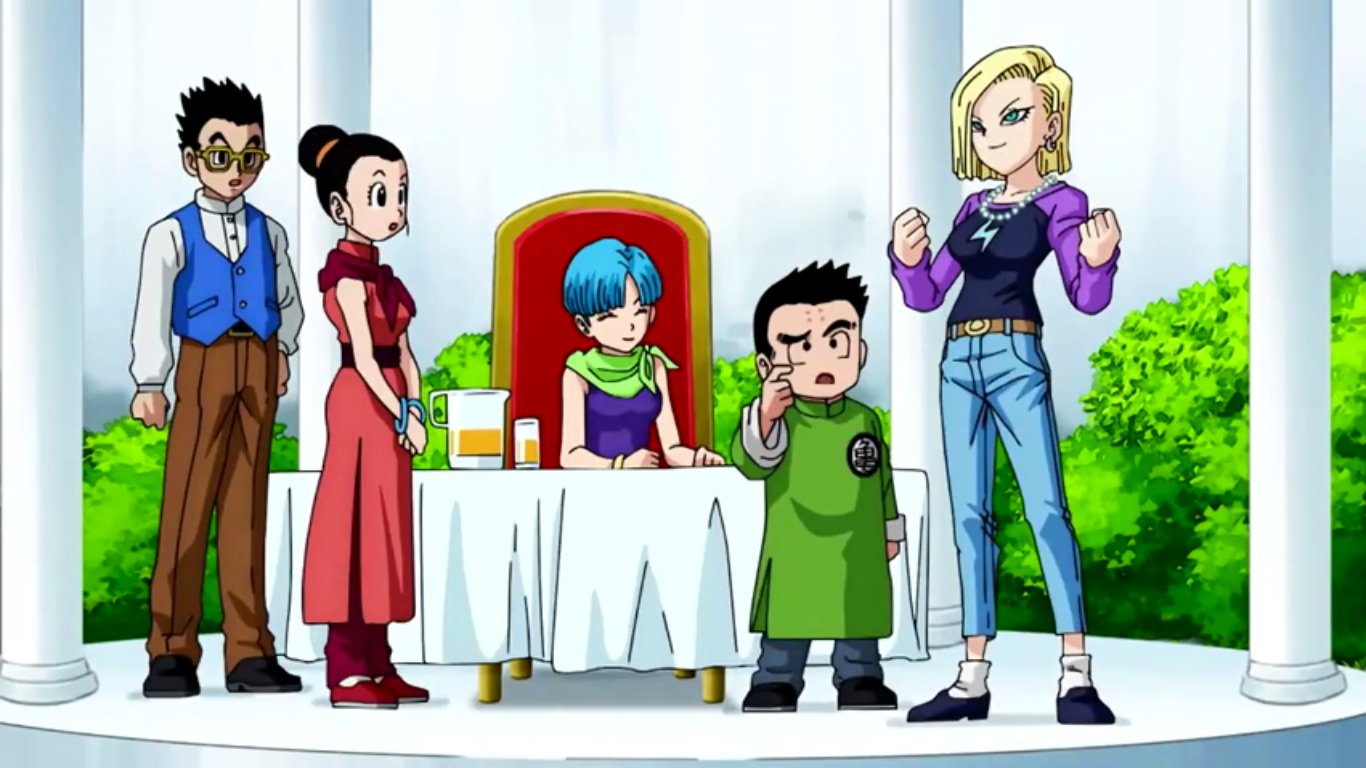 But wait, how did Pilaf and co. even get involved in this story? Well, they picked up a signal on their Dragon Ball Radar after Trunks and Goten unveil the grand prize of Bulma’s birthday bingo tournament. Whoever wins gets a wish from the Eternal Dragon with other prizes including a boat, a car and a castle (yes, there is literally a castle hiding inside this boat). It seems that Pilaf and the gang won’t be leaving the storyline anytime soon, which is unfortunate since what’s most interesting right now is the inevitable encounter between Beerus and Goku; the former of which we hardly see in this episode and the latter eventually catches onto Beerus’ existence because King Kai gave the game away in a poorly-written dialogue exchange.

When it comes to the animation, you get the sense that the animators didn’t have a lot of time with this episode. There’s a lot of bland backgrounds with incredibly static characters and there are some shots where people are given incredibly thick outlines. It’s really jarring and out-of-place. Normally animation like this is the result of tight production deadlines in Japan so it’s understandable for the original Japanese dub, but for the English dub coming a year and a half later it feels inexcusable. As for the music, I know I’m sounding like a broken record but everything revolving around Pilaf is really grating and just not pleasant to listen to. 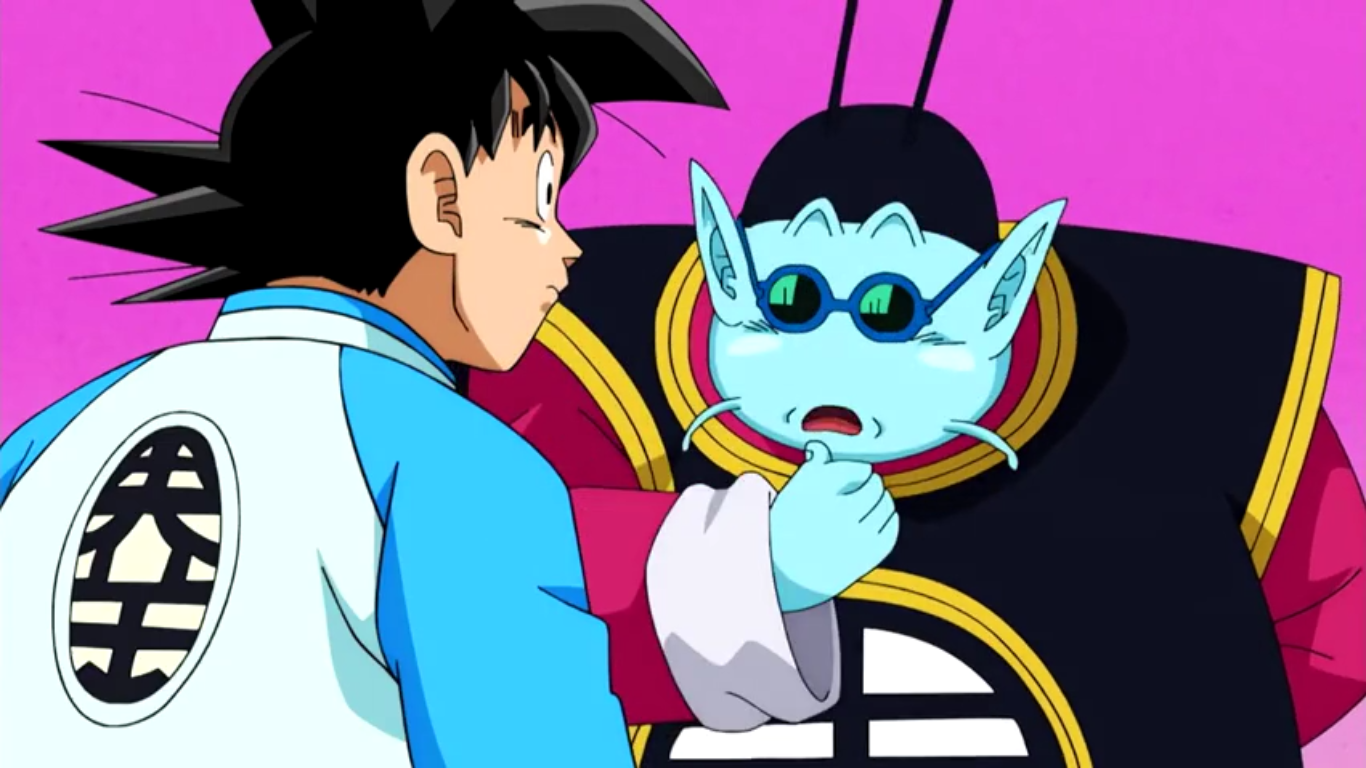 It only took 4 episodes but we officially have our first dud episode of Dragon Ball Super. Last episode teased a tense confrontation between our main hero and an effective new villain but instead this episode pulled the rug from under us and gave us a 20 minute re-introduction to the antiquated Pilaf Gang. Even if you love their brand of humour, their time in the franchise has simply passed and the series should be moving onto better things. Shame the animation and production values can’t engage us either.