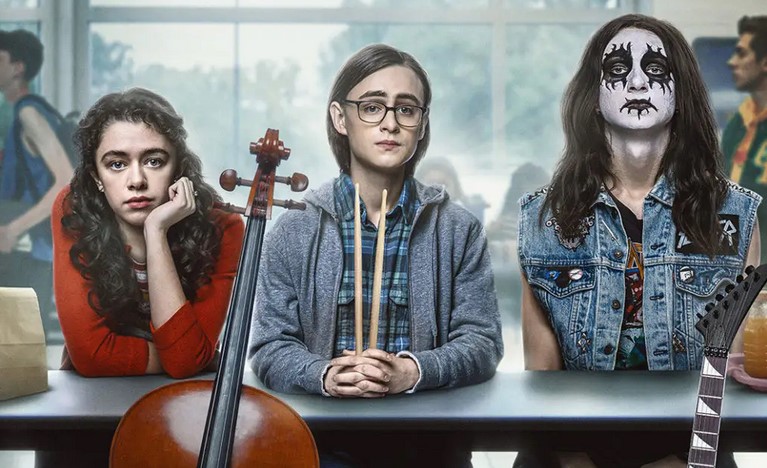 David Benioff and D.B. Weiss may be working on an adaptation of The Three-Body Problem for Netflix, but Weiss has written a movie coming this April called Metal Lords, and Netflix has dropped a new trailer.

Two kids start a metal band in a high school where exactly two kids care about metal. They can’t find a bassist, but there is this one girl who plays the cello. They need to work together if they’re ever going to win the Battle of the Bands.

Besides the main cast that includes Jaeden Martell, Isis Hainsworth, and Adrian Greensmith, the film also has appareances from Brett Gelman and Joe Manganiello.

I admit, the serieskind of looks like the usual ‘rock band’ film like The Rocker or School of Rock, but with D.B. Weiss providing the script, we should probably expect some kind of different tone or mood when it comes to Metal Lords. Then again, if we’re still judging them by the final season of Game of Thrones, then I can imagine a lot of nasty comments already coming this film’s way.

With Moxie giving today’s teens an appreciation for punk/rebel culture, then maybe Metal Lords can entice some Gen-Z kids into getting into some heavy metal. Everyone needs to have a metal phase at least once in their lifetime.