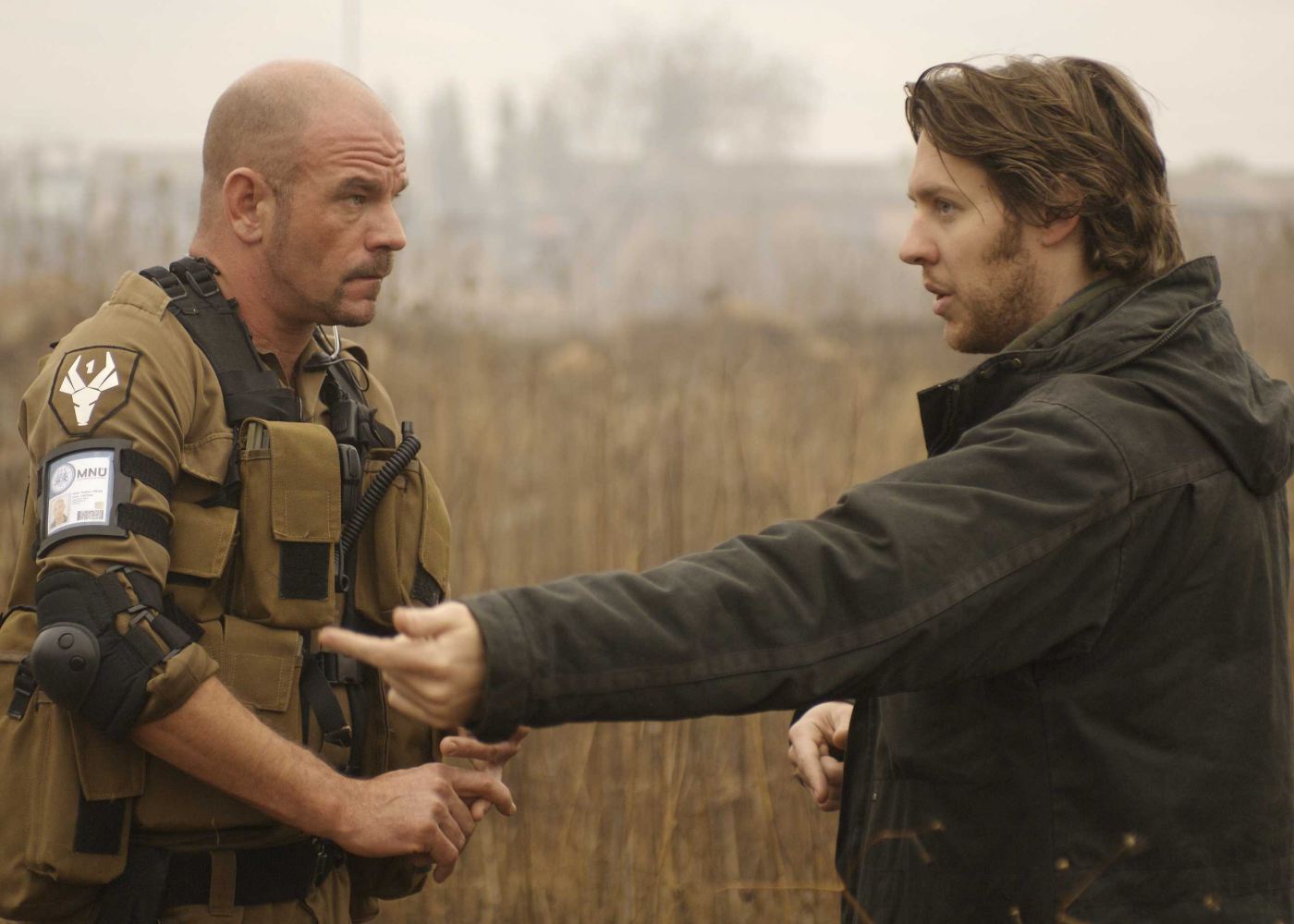 This just arrived. Truly incredible book by @LetterSwitch . So excited to direct this for @20thcenturyfox pic.twitter.com/kKxyFnhWhM

The Gone World isn’t set for release until February 6, 2018, so the film adaptation will likely involve a lengthy wait for Blomkamp fans. Publisher G.P. Putnam’s Sons has billed the novel as Inception meets True Detective. The novel’s synopsis hints at the devastating mental effects of time-travel, while also promising a strong female protagonist:

Shannon Moss is part of a clandestine division within the Naval Criminal Investigative Service. In Western Pennsylvania, 1997, she is assigned to solve the murder of a Navy SEAL’s family–and to locate his teenage daughter, who has disappeared. Though she can’t share the information with conventional law enforcement, Moss discovers that the missing SEAL was an astronaut aboard the spaceship U.S.S. Libra–a ship assumed lost to the darkest currents of Deep Time. Moss knows first-hand the mental trauma of time-travel and believes the SEAL’s experience with the future has triggered this violence.

Determined to find the missing girl and driven by a troubling connection from her own past, Moss travels ahead in time to explore possible versions of the future, seeking evidence or insight that will crack the present-day case. To her horror, the future reveals that it’s not only the fate of a family that hinges on her work, for what she witnesses rising over time’s horizon and hurtling toward the present is the Terminus: the terrifying and cataclysmic end of humanity itself.

Blomkamp fans were disappointed when he confirmed his much-anticipated Alien 5 project was dead. The director had envisioned an alternate timeline in which Aliens’ ever-popular Ripley, Hicks, and Newt were alive and battling xenomorphs. The project was scrapped when the studio decided to pursue creator Ridley Scott’s prequels, including Alien: Covenant.

ScreenRant connected Blomkamp to the Gone World project back in 2015, but the director had yet to confirm the project until today. The director has said he’s “so excited” for the project, which will be his first feature-length project since the financially disappointing Chappie (2015).

If the wait for Blomkamp’s project is too much to bear, check out his short film Zygote on YouTube. The film features Dakota Fanning (War of the Worlds) and Jose Pablo Cantillo (Elysium) as the lone survivors in an Arctic mine, fleeing from the horrifying experiment hunting them. Fair warning: it’s 22-nonstop-minutes of tense, gory, thrilling horror.