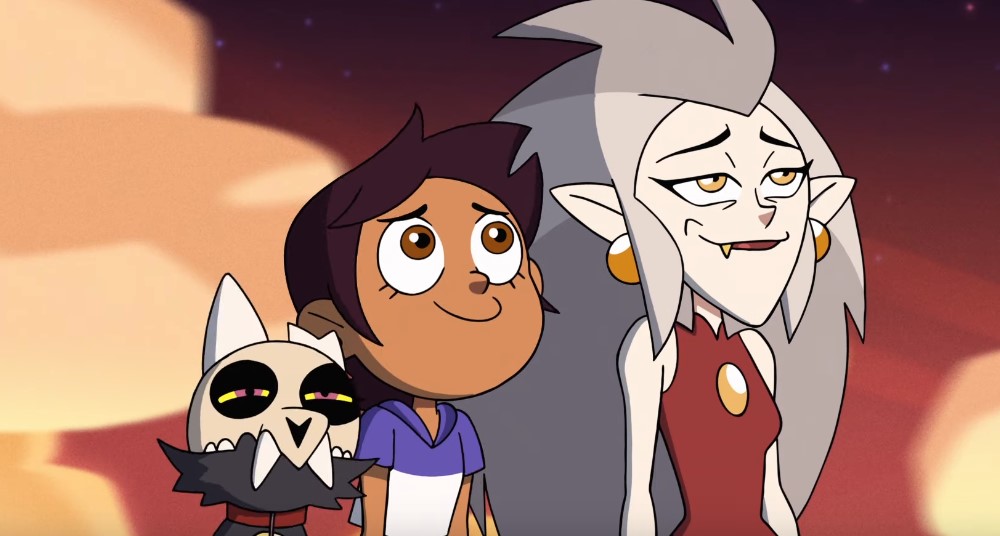 Very few Disney Channel shows manage to break the mold, but every once in a while we get gems like Gravity Falls and Star vs. The Forces of Evil. We just got a new teaser for this upcoming show The Owl House, and it very well looks like a mix between Rick and Morty and Gravity Falls.

Luz, a self-assured teenage human girl, accidentally stumbles upon a portal to a magical new world where she befriends a rebellious witch, Eda, and an adorably tiny warrior, King. Despite not having magical abilities, Luz pursues her dream of becoming a witch by serving as Eda’s apprentice at the Owl House and ultimately finds a new family in an unlikely setting.

Just looking at the landscapes, you can already feel some kind of Rick and Morty vibe, but instead of a sci-fi influence, we have this dark fantasy motif. You can also say that the elder witch Eda could very well be a magical female version of Rick.

As for Gravity Falls comparisons, you have to love how smooth the animation is. The themes and creatures also look pretty GF, and that music sounds a lot like the intro as well. Also what do we see in the first frame? A rectangle with a single eye on it. Now where have we seen another monocular character that’s a basic shape?

Catch The Owl House when it premieres on Disney Channel later this year.