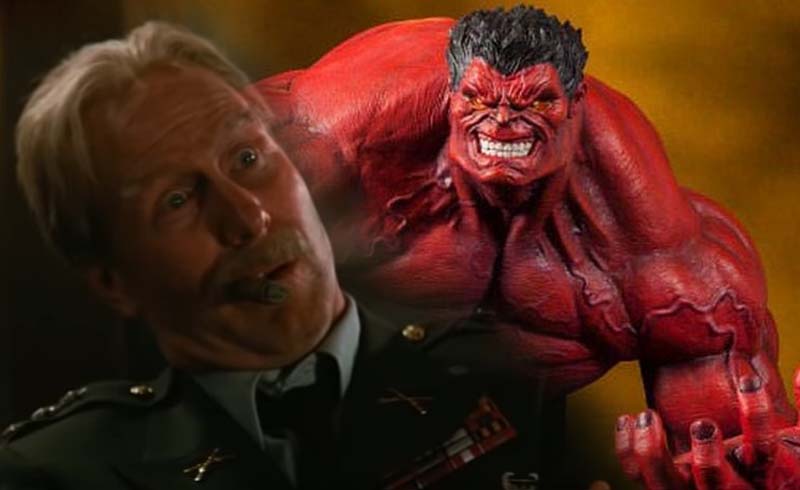 We were introduced to William Hurt’s General Thunderbolt Ross in The Incredible Hulk, and after a long hiatus, he came back as Secretary Ross in Captain America: Civil War. With Hurt set to appar in Black Widow and The Falcon and The Winter Soldier, news has it that his comic alter-ego will be making an appearance in the MCU soon.

As per The GWW, Ross will finally gain powers and become Red Hulk; what’s more, he will make his debut in the upcoming Disney+ series, She-Hulk. We don’t have any specifics of his involvement, but it would be a great expansion to the Hulk lore, seeing as we can’t get a solo movie with him thanks to Paramount.

In the comics, Ross had an obsession with obtaining the Hulk’s power, and he decided to team-up with the likes of MODOK and the Leader to steal Banner’s power for himself. While the MCU Hulk is already a mild-mannered intelligent being, Red Hulk is said to be a fierce fighter and a skilled tactician. Who knows what kind of clash we could expect if the two ever came together.

Though Ross has been back in the MCU since 2016, we have yet to have him interact with Mark Ruffalo’s Bruce Banner/Hulk. We don’t know if the films will ever try to bring them together, but I imagine everyone has been waiting for a clash. Hopefully we get it in the She-Hulk series.

No release date has been set for She-Hulk, but The Falcon and The Winter Soldier debuts this October.