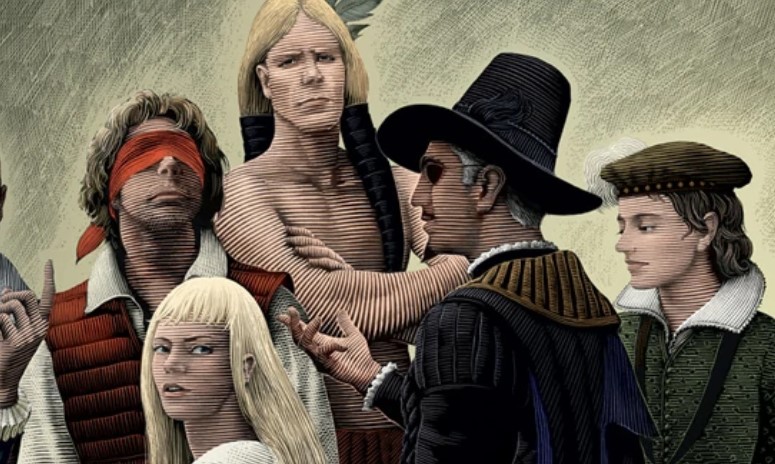 Neil Gaiman has been seeing a lot of his work adapted for television with shows like Good Omens and Netflix’s upcoming Sandman. Now Gaiman is calling out to Marvel to adapt one of his other comic works for Disney+.

As per Gaiman on Twitter, he’s saying that his limited series Marvel 1602 could work as a Disney+ series. Check it out:

For context, Marvel 1602 is an alternate timeline story where the Marvel heroes exist in the 1600s. In 1602, mutants, or ‘the Witchbreed’ are being hunted down, and the heroes all have to band together to stop the destruction of the world.

The story features a lot of prominent Marvel characters with fun twists. Like Daredevil is a blind bard, and Nicholas Fury has Peter Parker (or Peter Parquagh) for an apprentice. We also get to meet the Victorian versions of Thor, Captain America, the Fantastic Four, the X-Men, and Doctor Doom.

With Marvel slowly introducing the multiverse with WandaVision and Loki, an adaptation of 1602 could be a great idea for Disney+. The audience is slowly being adjusted to the concept of multiple actors taking on the same character with Loki, and with 1602, it offers Marvel a real alternate timeline story that could give us all-new versions of characters. While we don’t have an established multiverse in the MCU yet, it’s possible 1602 could be adapted after we have the Fantasic Four and X-Men are introduced into the main MCU again.

For now, Gaiman is working on Sandman which will likely hit Netflix sometime next year. As for Marvel, their currently in the first season of Loki with new episodes coming out every Wednesday on Disney+.