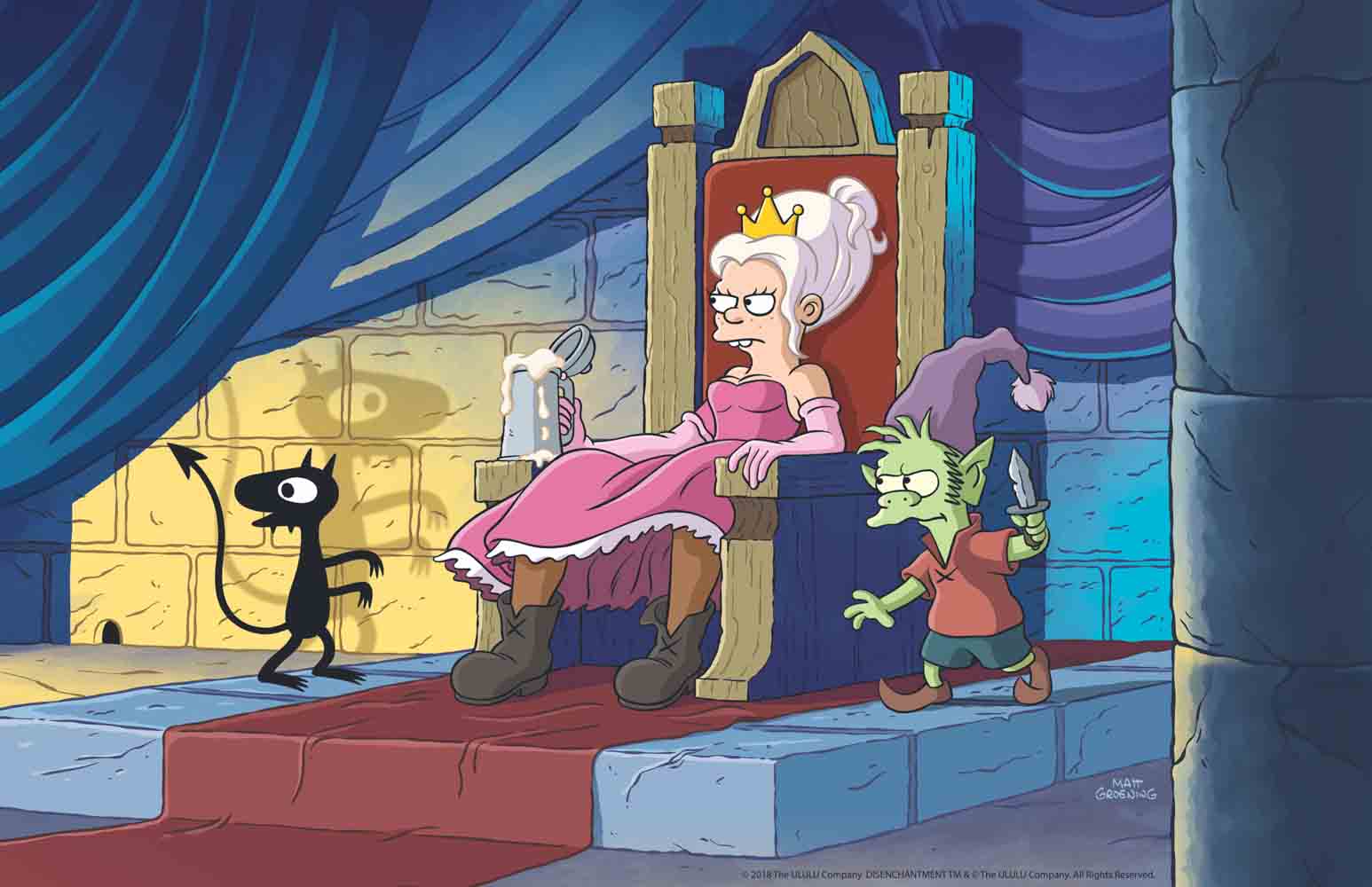 Matt Groening is the man behind two pop-culture giants The Simpsons and Futurama. Last year it was announced that he would be working with Netflix to work on an animated fantasy series, and now thanks to Variety, we have our first look at Disenchantment.

Like any other series by Groening, there doesn’t seem to be an established plot. However, we do have the main characters. There’s Princess Bean (Abbi Jacobson), Elfo the Elf (Nat Faxon), and Luci the demon (Eric Andre). The series will follow the trio as they go on adventures in the fantasy realm of Dreamland. Also, expect to hear voices from veterans of Groening’s other work like Billy West (Fry) and John DiMaggio (Bender).

Originally Disenchantment was greenlit for 20 episodes. However, the series will only release 10 episodes. I don’t know if there was a change in the deal or if they’re still producing the next half of the season. However, ten eps might be enough to let people find out if Disenchantment is worth a following or not.

Fans have to remember that Groening has already proven himself to be a master in creating animated comedies.

Futurama was such a hit and The Simpsons turned out to be one of the longest running primetime shows.

I’m curious to see how Disenchantment is going to fair, however, with the likes of F is for Family, BoJack Horseman, and Rick and Morty.