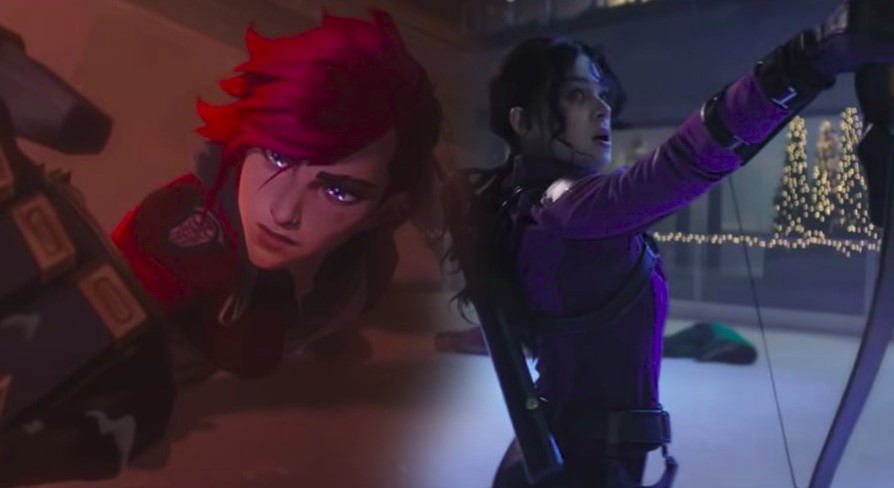 Hailee Steinfeld has been killing it for the month of November, with appearances in Arcane and Dickinson. Now she stars as Kate Bishop in Hawkeye, and the latest episode may have just referenced another hit show that Steinfeld is on.

In the interrogation scene with the Tracksuit Mafia, one thug talks about the band Imagine Dragons. It’s such a coincidence that it’s that band that gets mentioned, because ID provides the intro music, Enemy for Netflix’s Arcane, where Steinfeld voices the part of main character Vi.

"you don't have to go see imagine dragons." #hawkeye pic.twitter.com/lHTPxZDBHS

Just in case you haven’t checked out Arcane (which you totally should), here’s the intro:

Though Bumblebee wasn’t the most beloved Transformers entry, Steinfeld still continues to land some good shows, and she’s been delivering some great performances. People are raving about how fun Kate Bishop is to watch now, but Vi is also one of the fan-favorites to come out of Arcane; and the internet is just being flooded with fanart.

Now we just need an Emily Dickinson reference for the Steinfeld circle to be complete.

Though Hawkeye is the most low-profile character to get a Disney+ series, the series has been the most solid so far. Not only are the action sequences great, but the character work between Clint and Kate is fantastic. I can’t wait to see how everything comes together toward the end. I might even want a second season if the quality is kept up.

Catch Steinfeld on Hawkeye now on Disney+. She’s also in Dickinson on Apple TV and Arcane on Netflix.