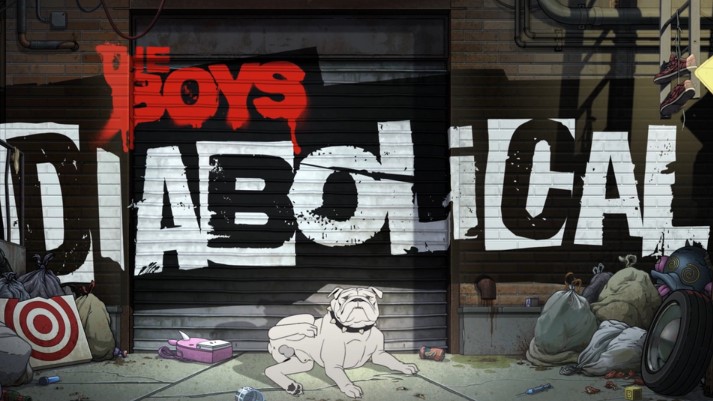 With Marvel’s What If…? and Star Wars: Visions giving fans a new lens into their favorite franchises, Amazon Prime Video is also giving one of their biggest shows the animated anthology treatment as well.

As announced by Karl Urban, The Boys is getting its own animated spinoff series dubbed The Boys: Diabolical. Here’s the official announcement:

What’s great is, they also found a way to collaborate with other artists like Awkwafina, Ilana Glazer, Seth Rogen, Andy Samberg, and Aisha Tyler. Rick and Morty fans will also recognize Justin Roiland, and the series even managed to get original Boys writer Garth Ennis.

We don’t have that much details on Diabolical, but we’ll likely have an episode with Butcher’s dog Terror (who we see a lot of in the comic). Granted the comic can get much more tragic and violent compared to the series, so maybe the spinoff could pull off some storylines that could be considered too wild for the live-action show.

If anything, the world of Vought is vast and full of potential. Not only can we get the dirt on the superhero side of things, but maybe we can also explore Billy’s world and his history of taking out metahumans. Maybe we can even explore some of the Vought-sponsored content and see exactly how psychopaths like Homelander are portrayed to the public.

No release date has been announced for The Boys Season 3, but Diabolical is expected to release early 2022.