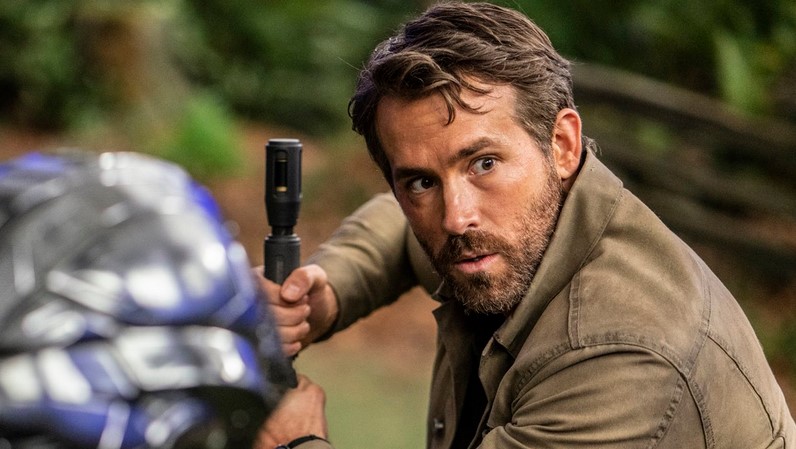 Ryan Reynolds had teamed up with Shawn Levy for Free Guy, and though the movie is now set to come out in May, the two have teamed up for another film called The Adam Project on Netflix. We don’t know when we’ll get our first teaser for the film yet, but it looks like the movie has wrapped and Reynolds has shared some photos including the star-studded cast.

Gamora, Elektra, The Hulk, Deadpool and the kid who’ll eventually play Deadpool when I crawl into a box and turn into a skeleton. If #TheAdamProject is as beautiful, funny and wild as it was to shoot, then I guess we pulled off something pretty great. @netflix @ShawnLevyDirect pic.twitter.com/Ef6xupnldT

For context, The Adam Project is the story of a man who travels back in time to help his 13-year-old self stop the death of his father. By the looks of the photos, Saldana could be playing Reynolds present-time love interest, and Garner could be playing the part of Reynolds’ mother. We don’t have any details yet, but hopefully we get the cast breakdown when the first trailer comes out. One cast member who doesn’t appear in the photos is Catherine Keener (Get Out) who is said to be playing the villain in the movie.

While Reynolds may be the foul-mouthed Deadpool, he also has a kid-friendly side to him, which is great when you’re working with Shawn Levy who is like the modern-day Chris Columbus with family adventure titles like Night at the Museum and Stranger Things. We don’t know when this movie comes out, but if it’s already wrapped, maybe we could have it by the holiday season or sometime early 2022.

No release date has been set for The Adam Project yet, but you can watch out for Reynolds in Free Guy which hits theaters May 21.