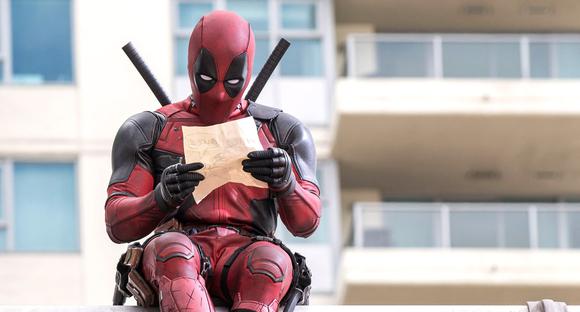 After news broke that Disney and Fox were in talks for Disney (in discussions that are apparently now on hold) to potentially buy 21st Century Fox some fans were excited because the prospect of bringing the X-Men back to Marvel would most likely make for better movies, but where would that leave the beloved Deadpool?

Deadpool is dirty and holds no bars when it comes to humour, but Disney has a clean image to uphold so if Disney did acquire Fox and with it Deadpool would they keep Deadpool alive?

All this talk prompted Rob Liefeld to speak his mind about the subject. After all, it would directly affect him and Deadpool. Liefields response came just after Ryan Reynolds tweet about how it would affect Deadpool.

If this is true, I wonder how the fudge it would affect Deadpool? https://t.co/66RNUDU80S

Well in typical Wade Wilson fashion, Liefeld took to Twitter to talk about how great Deadpool is and that it’s the Star Wars franchise that Fox has been waiting for.

“It’s your buddy, Rob. Wait for any further talks until Deadpool 2 opens and does a billion. And X-Force! This is your Star Wars franchise, and you’ve only scratched the surface. Everyone on the film side has kicked into overdrive. Watch that portfolio grow!”

The first Deadpool movie earned a surprising 783 million dollars at the box office and showed what an R-rated comic book movie could do on the big screen. The upcoming sequel is featuring Josh Brolin as the time-travelling Cable into the mix, and the hype for the film is already if not more so more intense than the first, so it’s safe to assume that Deadpool 2 will do just as good as the first.

Liefeld seems to do a lot of comparisons with Star Wars since just a few weeks ago he claimed that Deadpool 2 would beat out the Solo movie that’s set to hit theatres in Summer of 2018. The release dates are incredibly close to each other, so we guess we’ll find out if this holds true or not next summer.

Even though this story seems dead according to Bloomberg, Rob Liefeld is a master for capitalizing on the headlines to promote Deadpool, just like the real-life Wade Wilson and honestly, this makes us love the franchise even more.