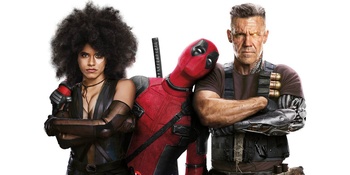 It is a known secret in Tinsel Town that Disney is currently trying to acquire Fox in a merger. Knowing this, fans of several franchises including the X-Men, Deadpool, and Fantastic Four are hesitant yet hopeful about what would come out of the deal. While the consolidation of these two media giants are still up in the air, there is already murmurs of what Marvel fanboys can look forward to – at least when it comes to their friendly neighborhood anti-hero, Deadpool.

Rob Liefeld, creator of the Deadpool franchise, was part of a panel in the recent Wizard World comic Con in Austin, Texas. During the event, Liefeld was asked about the merger and how he felt it would affect the character he created.

Liefeld explained that he knew nothing about Disney’s plans. However, in his opinion, Disney would naturally incorporate Deadpool in other Marvel movies every way that they can. After all, the media giant knows it’s what the fans want:

“This is my theory, my opinion. Did you guys see when Josh (Brolin) came out at D23? They introduced him as Thanos. He came out and he looked like Cable and the internet blew up. ‘Josh Brolin as Cable just came out on stage!’ That was my entire Twitter feed. And you saw Josh, looking like Cable and he even had a cut across his eye because they were filming Deadpool at the time, and I was like, ‘Oh look. Cable is on screen promoting Thanos.’ And that was the first time they blended together on screen. Imagine whatever Disney function that they bring out everybody, [Robert] Downey Jr., [Chris] Evans, all of the people you’ve already seen, [Chris] Pratt. And then Ryan Reynolds walks on stage. I think the world will explode because that’s all people want, is for him to take the piss out of everybody.”

The merger has made Deadpool fans more nervous about their favorite character than ever. The media giant isn’t known to produce R-rated movies. And Deadpool is the farthest from wholesome. Liefeld seems to share the same sentiments:

“Here’s the thing, my only fear is that they’re never gonna make another Deadpool. They’re just gonna run around Marvel movies making fun of everybody.”

There has yet to be an official statement from Disney regarding the fate of several Marvel franchises. However, Disney CEO, Bob Igers, has made it clear that there wouldn’t be two Marvels. All that Fox-owned franchises would be absorbed by Disney:

“I think it only makes sense. I want to be careful here because of what’s been communicated to the Fox folks, but I think they know. It only makes sense for Marvel to be supervised by one entity. There shouldn’t be two Marvels.”

Despite the uncertainty, the cast and crew attached to the Deadpool franchise are positive that there would be space for the character once the merger is finalized. Deadpool himself aka Ryan Reynolds, in an interview with Entertainment Weekly, is hopeful that Disney sees the value in their franchise.