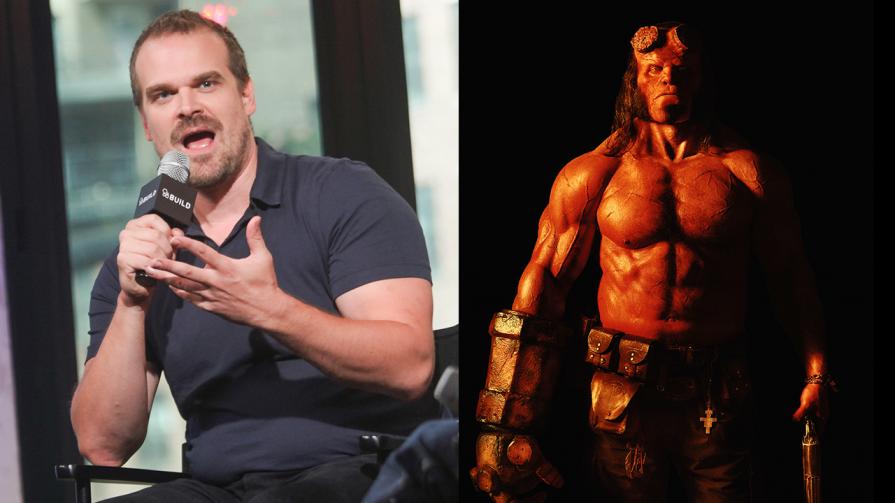 Hellboy 2 was released almost a decade ago in July of 2008. The movie received respectable reviews from critics and earned almost twice its budget. So, it isn’t surprising how earnest fans have been looking forward to the third movie that would round-up the franchise.

In 2017, Ron Perlman, the actor who played the titular Hellboy, officially announced that he would not be involved in Hellboy 3. Thankfully,  it seems like someone right up Perlman’s alley has taken on the arduous task of replacing him for the role.

David Harbour, famous for his role in the Netflix hit Stranger Things, has signed on to play Hellboy in September last year. He has since spoken out about his decision to take on the role and his experience dealing with fans of the franchise.

In an interview with The Hollywood Reporter, Harbour revealed that the role of Hellboy is something he couldn’t say no to. He is a fan of the comics series. According to the actor, Hellboy 3 would be a refreshing pause from the gimmicky superhero movies that have been released in the recent past:

“This was something that I couldn’t pass up because I love those [Mike] Mignola comics. And the mythos we are in now, I feel like two strains are running. They are making this kind of popcorn-y, somewhat two-dimensional comic book movies and then there is this strain like Logan and Deadpool. That is what I am drawn to in the genre. I would love to do a Hellboy where you love him, but you’re also not quite sure about him.”

He also spoke about how fans have been dealing with the Hellboy announcement. While there are a few who are excited to see Harbour in the role, some have expressed their concerns with the actor:

“I was approached by some very prominent nerds whom I know very well, and I respect their opinions because they’re friends of mine, who were like, ‘Dude, step away from the Hellboy. Step away.”

Aside from his involvement in Hellboy 3, Harbour also spoke about his experience with the cast of Stranger Things. He feels responsible for guiding the young cast as they navigate through the industry. The actor explains that it is all about showing them instead of just telling them what to do:

Aside from David Harbour, Milla Jovovich, Sasha Lane, and Ian McShane have signed on to play roles in the upcoming Hellboy feature. The production is currently in the midst of filming. As of date, the premiere date for the movie has yet to be confirmed much to the anticipation of the franchise’s fans.