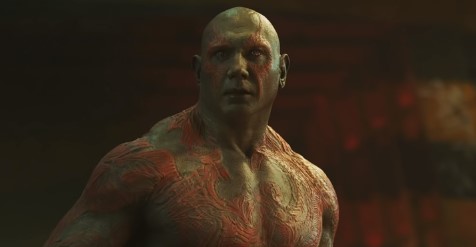 James Gunn has been fired from directing the culmination of Guardians of the Galaxy a few months ago. Fans of the director and the franchise have been very vocal about their opposition to Disney’s decision. Nevertheless, it seems like the media company isn’t convinced that the upheaval is worth signing Gunn back onto the franchise.

In a recent interview with IGN, Walt Disney Co.’s CEO, Bob Igers, confirm that the decision to fire Gunn was unanimous and would stand:

Despite being fired, it is safe to say that Gunn is no longer crying any tears. Recently, The Hollywood Reporter confirmed that the writer/director has signed onto the Suicide Squad series. And now, his Guardians of the Galaxy crew has expressed their desire to be part of the DC franchise now that the fired director is involved.

Recently, Dave Bautista, aka Guardians of the Galaxy’s Drax, retweeted a Deadline article claiming that Gunn has been tapped to write Suicide Squad 2. In his tweet, Bautista was eager to jump into the new Gunn project:

This is not the first time Bautista was vocal about his support of Gunn. In the wake of Gunn’s firing, Bautista lamented about the media company’s decision. He explained that the director is probably the kindest man he knows. While there is no defending Gunn’s tweets, he thinks that the firing was done in order to discredit Gunn:

“Nobody’s defending his tweets, but this was a smear campaign on a good man. I spoke to Chris Pratt the day after it happened and he’s a bit religious so he wanted time to pray and figure it out, but I was more like: f*** this. This is bullshit. James is one of the kindest, most decent people I’ve met.”

More recently, in an appearance on the Jonathan Ross Show as reported by IGN, Bautista explained that the whole situation has been terrible for the cast and crew of Guardians of the Galaxy. The replacement director has yet to be announced. So at the moment, the actor reveals, the production is on-hold:

“Yeah there’s a bit of an issue, it’s a bitter-sweet conversation. Um, no it’s a bitter-bitter conversation because I’m not really happy with what they’ve done with James Gunn. They’re putting the movie off. It’s on hold indefinitely and to be honest with you, I don’t know if I want to work for Disney.”

Suicide Squad 2 is scheduled to be released in 2019. Consequently, Guardians of the Galaxy Vol. 3 would debut a year after in 2020.