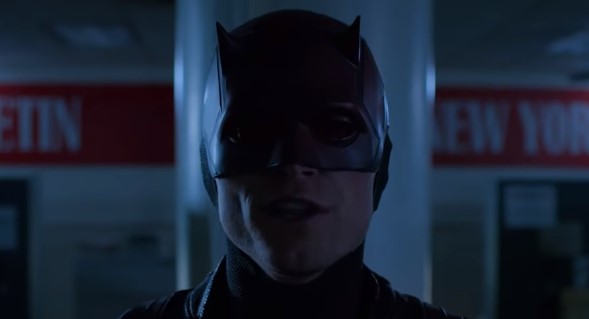 The last few weeks haven’t been easy for a lot of Marvel fans. In that span of time, Netflix and Marvel announced the cancellation of two much-beloved Marvel series – Iron Fist and Luke Cage. With the decision, there is an air of anxiousness surrounding the remaining programs. Thankfully, at least with Marvel’s Daredevil, the cast and crew remain hopeful that their show would see a fourth season.

Daredevil showrunner, Erik Olsen, recently sat down with Entertainment Weekly in order to discuss the third season of the series. During the interview, Olsen revealed that despite the news of the cancellation, he is positive that their Daredevil would get a season 4. Nevertheless, he was quick to clarify that no official word has been confirmed:

In the same interview, Olsen explained how he wanted to shape Daredevil from season three onwards. According to the showrunner, he wanted the series to be immersive. Instead of watching Daredevil, he hopes that the audiences feel that they are in the characters’ heads:

“One of the goals I had for season 3 was I wanted the audience to experience, not watch the show. What I mean by that is I wanted to employ the techniques of deep point of view, where you are in the head of the characters and experiencing the events and the decisions the characters make as if you are the character. You’re not watching it from a distant crane shot that’s beautiful graphically but is all about the spectacle.”

Aside from Olsen, Daredevil himself aka Charlie Cox has recently opened up about the possibility of Daredevil season 4 in an interview with The Hollywood Reporter. Like the showrunner, he isn’t sure about the fate of their series. However, he believes that new season would see a different Matt Murdock:

“At this point, I don’t know if there’s any intention of us doing more seasons. But were that to be the case, I think there’s an interesting challenge for the writers, because I don’t think we can do another season where Matt is so isolated, so alone, and so broken and angry. I think in order to avoid being a broken record, we’re going to have to find a Matt Murdock that at least initially has a slightly different attitude toward the people that he loves, and toward himself, and toward God.”