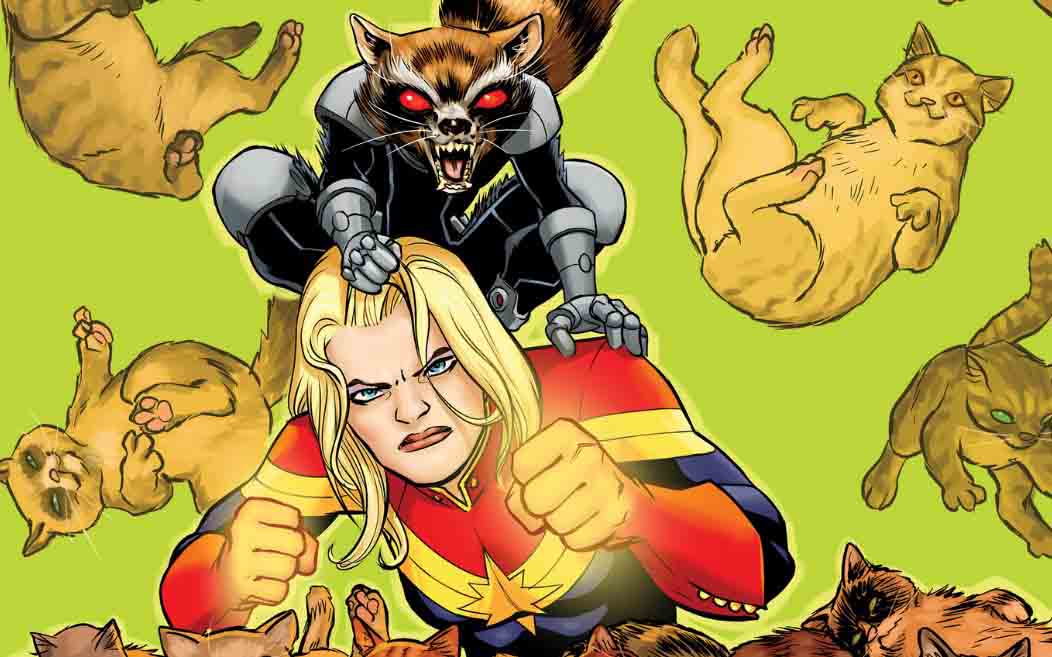 As promised, Marvel Studios has given us our first trailer for Captain Marvel, but despite showing a lot, we’ve actually seen very little of the film. A new teaser poster has been released, and there’s a neat Easter Egg in it referring to Captain Marvel’s pet ‘cat,’ Chewie.

A partial look at Chewie, Carol Danvers' pet cat from the comics, is sneakily featured in the new CAPTAIN MARVEL poster! pic.twitter.com/1rrZ9f8cEy

In the comics, Chewie isn’t actually a cat but a Flerken, a species of alien that can store almost anything in pocket-sized dimensions. Coincidentally, Flerkens take the form of cats. I don’t know how Chewie’s powers will translate in the movie, but if he were to be included, he would be the first non-sentient animal sidekick to an MCU hero. Then again, it’s possible that his appearance is just a fun nod to the comics.

Speaking of fun nods, Guardians of the Galaxy had introduced us to the space dog Cosmo, who was a member of the Guardians in the comics. He only makes brief appearances in the films, and it’s possible that Chewie’s appearance in Captain Marvel will be akin to that of Cosmo’s.

Then again, it would be a missed opportunity if Marvel didn’t take the chance to show us a dimension altering cat.

Surely there are going to be more Easter Eggs from the comics besides Chewie. Based on the trailer, we know that we’re going to be getting the Mohawk version of Captain Marvel complete with cowl. I wonder what other comic-accurate goods Marvel Studios has up its sleeve.